Home Roads East-West Road has a strategic and economic importance 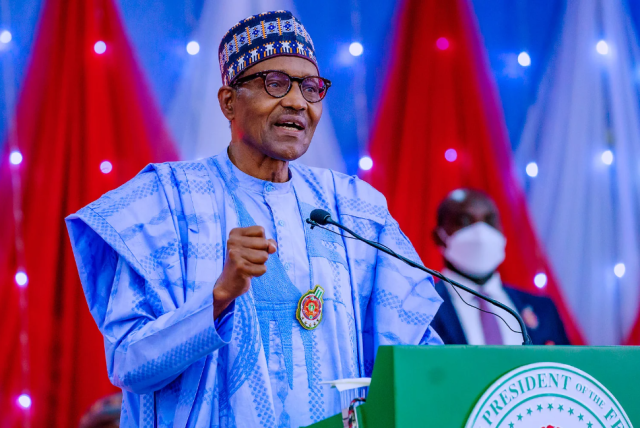 Nigerian President, Muhammadu Buhari  at the Fifth National Council Meeting on Niger Delta in Uyo, the capital of Akwa Ibom described the East-West Road as strategic and of economic importance to the people of South-South and Nigeria in general.

Represented by the country’s Minister of Environment, Mohammed Abdullahi, Buhari also said this was what informed his government’s directive to the Nigeria National Petroleum Corporation and its subsidiaries to immediately move in and ensure that Section 4 of the road, from Eleme Roundabout to Onne junction, is fixed without delay through the Tax Credit Scheme.

:President Buhari Acknowledges Regular Updates Of Flooding In the Country

The president said the project, currently handled by the Federal Ministry of Works and Housing, is the largest infrastructure in Nigeria and ‘very dear to my administration’.

With the theme, “Harnessing 21st Century Development Initiatives and Strategies for Greater Development in the Niger Delta,” the President noted that the completion of the project was a top priority for his administration.

“The East-West road project, which is now being handled by the Federal Ministry of Works and Housing, is the largest infrastructure project in Nigeria, as it’s very strategic road, connectors the country’s busiest and foremost commercial cities in the region, the president stated.

“Considering the priority this administration places on the completion of this project, the Ministry of Petroleum has directed NNPC and it’s subsidiaries to step in and fix section 4 of the East-West road (Eleme Roundabout to Onne Junction), through the Tax Credit Schem”, he added.