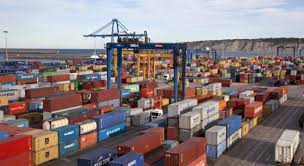 The House of Representatives has decided to probe delay in the conclusion of the review and renewal of the agreements for concession of seaports.

To implement this, the lower legislative house has asked  its committees on Ports and Harbour as well as Privatisation and Commercialisation to meet with parties to the concession agreement.

The committees mandated are to report within four weeks.

This development followed a motion on the “Need to investigate the delay in conclusion of the review and renewal of agreements for concession of seaports” by Shehu Koko.

Acccording to the house,  it was aware that some of the concessioned terminals with initial tenure of 10 and 15 years have expired while others would expire next month and needed renewal to avoid  losses to the government.

“The House is also aware that the review and renewal process had commenced in 2016 with the Nigerian Ports Authority (NPA), Federal Ministry of Justice, the Federal Ministry of Transport, the Infrastructure Concession Regulatory Commission (ICRC), the Bureau of Public Enterprises (BPE) and Private Terminal Operators.

“Concerned that the concession agreements that have expired are deemed to have been automatically renewed without the benefit of full renegotiation, provided that concessionaires served the lessor requisite notice of intent to renew in line with the provisions of the agreements,” the lawmakers said.