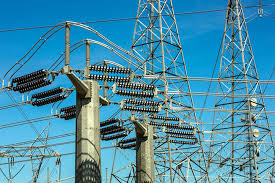 Power stakeholders are expecting improvement in electricity transmission and distribution as they embark on projects funded by a $250 million intervention of the Central Bank of Nigeria (CBN).

The fund meant to urgently fix existing dilapidated infrastructure in the area of electricity distribution and transmission would enable the Transmission Company of Nigeria (TCN) wheel more electricity on the short and enable distribution companies (DisCo) procure and repair their key interface infrastructure. Although still battling existing challenges, especially unsettled management issues that have hindered some DisCos from accessing the fund, there are indications that many have ordered transformers, with the utility companies providing about N6 billion under the initiative.

Most stakeholders noted that the development and funding would offer consumers value for money which they are made to pay under the Service Based Tariff and improve the liquidity crisis in the power sect while addressing the menace of stranded electricity. Energy finance expert, Dan Kunle, for instance noted that financing improvement in the transmission and distribution segment of the electricity market is a critical element for power improvement, The Sun reports.

According to him, funding by the CBN is on the right path, toward improving the manufacturing sector to perform better on the back of improved electricity supply. .

Speaking on the matter recently, the Minister of Power, Abubakar Aliyu, stated that the apex bank was already funding a $250 million project to ensure the rehabilitation of critical interfaces infrastructure between both segments to increase and stabilise power delivery.

This according to him, is in addition to the Siemens Presidential Power Initiative (PPI) that will bring in additional $2.0 billion or more to the transmission grid from the government.

With the critical intervention, the minister said government was expending almost $4 billion secured by the current administration to augment the grid, adding that much of the funds were being actively spent and the results will be felt soon.

Also speaking on the issue, Market Operator (MO) at TCN, Edward Eje said the interface project was aimed at providing quick solutions at various transmission/distribution interfaces where there are challenges.

“This makes sense to me. It is a laudable measure to achieve a seamless and a hitch-free power transmission from the transmission stations to the distribution network,” said.

Ewelukwa disclosed that the apex bank was able to identify critical projects that could quickly address and restore normalcy to the sector in the near term.

“The CBN has actually performed a very positive role in trying to sort out these electricity market challenges. The CBN is working with TCN and the Discos. CBN basically asked what are those critical projects that if they are addressed today can quickly yield results in the sector.

“This is even as the federal government is doing the Siemens project and TCN is implementing the report. The issue is that what are those critical projects that if they are done today, will unlock additional megawatts quickly.

“And so the DISCOs and TCN worked together to come up with a list of some critical projects and I can’t be specific on the amount, maybe we can furnish that subsequently but that is what is happening,” he said.

The NBET’s boss said CBN decided to find those critical interventions so that there could be some quick wins even as the bigger project is being implemented.

In his intervention, an energy expert, Oyebode Fadipe, stated that one of the fundamental issues in the power sector was poor liquidity in the industry.

He added that while it is true that one of the expectations of the privatisation programme is that the sector would be self funding so that government would ultimately stop funding it, the benchmark had not been realised.

“It is in direct response to this liquidity challenge that the CBN was brought into the loop. There is therefore sense in the involvement of the CBN in the interface projects between Disco and TCN,” Fadipe said.

He stated that the action of the apex bank would help to bring more stability in the grid and by so doing, more people will be able to receive electricity for their use.

Fadipe stated that quality of supply is also expected to increase because in some locations where the transformers are overloaded, they would be uprated.