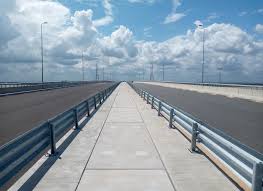 President Muhammadu Buhari has approved the opening of the 2nd Niger Bridge from December 15, 2022 to January 15, 2023 to allow a hitch free movement for those travelling for Christmas and New Year festivities.

Minister of Works and Housing Mr Babatunde Fashola who disclosed this while chairing a meeting with stakeholders on road sector in Nigeria in Abuja, instructed all the contractors to ensure that there should be no barrier on the road.

In his remarks the representative of the Permanent Secretary, Federal Ministry of Works and Housing (FMW&H), Engineer Chukwunwike Uzor, Director Highways Planning and Development of the Ministry said that the essence of the ’ember’ months meeting was to sensitise road users and other stakeholders towards having a successful road passage.

The Director, South-West, Federal Ministry of Works and Housing, Engineer Adedamola Kuti during his graphical presentation of the roads under the ministry on the 2022 ’ember’ months stakeholders meeting, highlighted all the critical roads across the six geo-political zones of the country under the ministry, and their conditions with the efforts made so far to put them in good condition towards having good travelling experience during the ’ember’ months.

“All controllers of works have been directed to remove construction barriers as from December 15, 2022 for road users to have seamless driving during the festive period” Kuti said

The Managing Director/Chief Executive Officer of Federal Road Maintenance Agency (FERMA), Engineer Nuruddeen Abdurahman Rafindadi who spoke at the meeting said: “We have identified some selected locations within 17 corridors where FERMA is having interventions across the country presently in working relationship with the Federal Ministry of Works and Housing.”

In a statement, the representative of the Corps Marshall of the Federal Road Safety Corps (FRSC), Assistant Corps Marshal, Rindom Kumven said: “All Federal Road Safety Commands have been directed to collaborate with stakeholders and the Federal Ministry of Works and Housing to implement presidential directive on road infrastructure and we have flagged off the ’ember’ months sensitisation in all the state commands to create awareness among the motoring public in order to have hitch free traffic movement during the ’ember’ months“