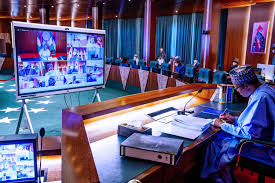 The federal government through the VvFederal Executive Council (FEC) presided over by President Muhammadu Buhari, yesterday, approved N79.649 billion for completion of the dualisation project on the Odukpani-Itu-Ikot Ekpene Road in Akwa Ibom State.

Minister of Works and Housing, Babatunde Fashola, told newsmen after the meeting that the approval relates to the section from Oku Iboku Power Plant to Abak, about 26 kilometres.

He said the Council’s approval followed a memo, which sought an award of the contract to Messrs Sematech Nigeria Ltd. The contract is expected to be executed within 16 months.

He said: “This will help complete the dualisation gaps between the one awarded to Julius Berger and the section awarded to CCECC. When this is done, motorists in that area will have an option of the dual carriageway instead of the existing single carriageway.

“And this is in recognition of the heavy cargo that passes through that area from the South-South to the North Central, Benue through Katsina Ala, to the South East, to Abia. It is a very important trade link for the country.”

MEANWHILE, Buhari has charged the new board of the Nigeria Sovereign Investment Authority (NSIA) to make more investments that support economic diversification, as global oil prices are projected to drop to around $40 per barrel by 2030.

Inaugurating the third board of the NSIA at State House, Abuja, the President reaffirmed his administration’s commitment to implementing long-term projects and programmes that create jobs for Nigerians.

He noted that the full impact of most of the strategic projects started under his watch would only be felt long after he had left office.

He described the appointment of the nine-man board as a call to duty, action, and performance, saying they were eminently qualified for the job.