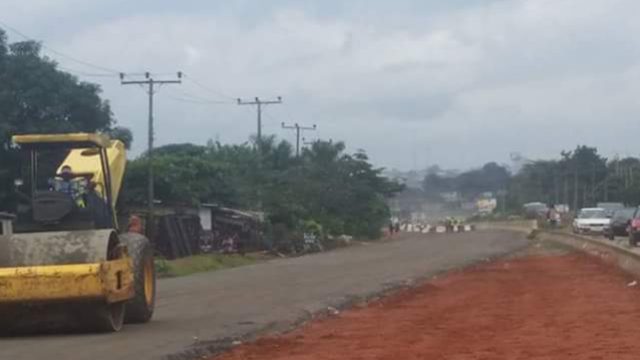 Motorists plying Benin-Auchi highway have commended the Federal Government for effecting on palliative work on the busy road.

They gave the commendation in separate interview with newsmen  on Tuesday in Benin.

While urging government to sustain the palliative work, they however called for the speedy completion of the dualisation of the highway from Benin to Okene in Kogi.

Omoregie Imafidon, who noted that before the palliative work, he spent an average of five hours from Benin to Auchi, said the time he now used to accomplish the same journey had reduced to less than three hours.

“There was a time we had to abandone to Auchi through the normal route because of the condition of the road at Ehor.

“We had some vehicles, especially the articulated vehicles, spending days at the particular spot at Ehor, near Jehovah Witness Centre. It was that bad.

“But as we speak, you will not recognise that same spot that gave us hell if you go there now. I must commend the government on this feat,“ he said.

Uwa Amadasun, said the stretch of the road from Benin down Ekpoma had improved considerably, but called for similar work to be extended from Ewu to Auchi.

“I think government needs to take seriously the stretch from Ewu to Auchi, especially between Agbede to Auchi which is now full of potholes. The area is in a deplorable state.

“The worst of it, along this axis are the
two bridges between Agbede and Auchi now death traps to motorists. The bridges vibrate whenever any vehicle passes. There is need for government to work on the brides as well as that axis of the road,“he said.

Also, another motorist who identified himself as Hassan, while also lauded government, but appealed that the road should not be allowed to get to the situation it was before the palliative work.

Ebome Osas stressed the need for speedy completion of the dualisation work on the highway to avoid the situation travelers on the route went through plying earlier in this year.