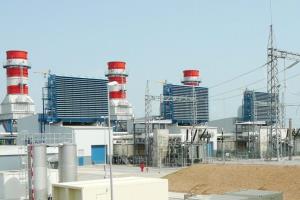 The Power Purchase Agreement between the Federal Government and Azura Power Plant was signed in 2013 during the tenure of former President Goodluck Jonathan; it was restated at the weekend.

There is a clause in the pact which mandated the government to pay between $30 million and $33 million monthly to Azura for power generated, even when not “transmitted”.

According to a Presidency source, neither Vice President Yemi Osinbajo nor the Minister of Works and Housing, Mr. Babatunde Raji Fashola initiated or signed the agreement.

The top Presidency official made the clarifications on the pact with the Azura Power Generating Company against the backdrop of a report presented to the Senate by the Chairman of its Committee on Power, Gabriel Suswam.

Suswam is a senator of the People’s Democratic Party (PDP). He was Benue State governor when the PDP government signed the agreement in 2013.

He said the agreement stipulated that about $1.2 billion will automatically be deducted from the nation’s foreign reserves if there is any breach of the terms agreed upon between 2016 and 2017.

The Senate last week resolved to engage local and foreign legal practitioners to advise it on how to review or renegotiate the Share Purchase Agreement (SPA) signed by the Federal Government with AZURA and ACU gas plants.

Some reports later claimed that Osinbajo and Fashola were behind the agreement.

The Presidency official however faulted the report of Suswam’s committee, especially on the agreement timeline.

He said: “Very soon, top Federal Government officials would be communicating at some point with the Senate to clarify some of the misconceptions that featured last week.

“Contrary to speculations, the Vice President and the immediate past Power Minister did not feature in the agreement nor signed any contract as they were not in office when the agreement was signed in 2013.

”Neither Vice President Osinbajo nor Mr. Fashola signed any such agreement. They were not even in office when the Azura agreements were signed.

Read Also: Payment of $30m monthly to power firms worrisome, says Senate
“Records show that the Power Purchase Agreement or PPA for the transaction in question was signed on April 22, 2013, during the tenure of the then President Goodluck Jonathan.

“With the agreement having been signed before the inception of this administration, the questions one may ask are “who profits from claiming that it was done by Osinbajo and Fashola? What is the motive behind this mischievous falsehood? And in their desperation to attack these gentlemen, why are they willing to rubbish a company that produces nearly a tenth of our nation’s power as things stand today?”

He also said the ”Take or Pay Clause in the Power Purchase Agreement” was not new.

He added: “It must also be said that the Take or Pay Clause in the Power Purchase Agreement, which obliges the Federal Government to pay for power declared available by the company, whether or not it is taken by the Government-owned Transmission Company of Nigeria (TCN), is fairly standard, especially where, as in this case, the plant is a huge one requiring enormous set up cost and the country is in dire need of the power anyway,” the senior government official explained.

“At any rate, much of the payment goes straight to Nigeria Gas Company, Nigerian National Petroleum Company (NNPC) and other gas suppliers who make the power generation possible.”

He said the company that buys power from electricity Generating Companies is the Nigerian Bulk Electricity Trading Company (NBET) is 100 per cent government owned.

He also gave insights into power generation and distribution in the country.

He said: “It is NBET that buys power from generating companies like Azura and sells to distribution companies.

“In 2013 when the deal was struck, it clearly appeared to be a good deal for Nigeria, which was desperate for power and feverishly seeking the establishment of power plants.”

”I will imagine that no one quite envisaged the current situation where electricity generating companies are kept idle because when power is produced, the Transmission Company may not be able to wheel the electricity fully for distribution to customers.

“It is no longer news that even when the electric power is made available for distribution, the Distribution Companies (DISCOs) at times reject it because they have failed to improve their networks and to meter their customers.

“The fear of the DISCOs is that they might be unable to deliver the power to customers or to collect tariff. On their part, Customers are reticent to pay because service is appalling and most of them feel cheated by estimated billing.”

But he assured that payments made to Azura were by no means all for nothing.

According to him, “over 80 per cent of Azura’s power is currently being transmitted and distributed, while the rest is being used by the Transmission Company of Nigeria to stabilize the National grid.”

Regarding the report that $1.2 billion can be pulled by the Azura investors from the country’s Foreign Reserves as claimed at the Senate debate, the official disclosed that “No investor can just pull out $1.2 billion or any amount from Nigeria’s foreign reserves like that.

“Yes, there was a Put/Call Agreement signed with Azura on October 22, 2014, whereby Nigeria reserved the option to buy over the assets or the company to give up the assets and seek payment, if Azura defaults.

“However, the amount to be paid can only be determined when the option is exercised and nobody can simply pull out money from our foreign reserves just like that