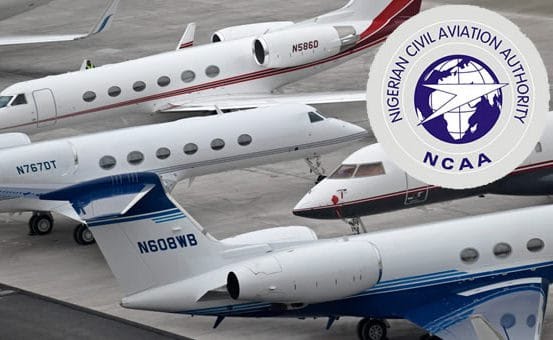 An Aviation expert has advised the Federal Government to initiate a bill that would separate the safety and economic regulatory functions of air business to ensure robust industry.

Ojikutu said that the economic regulatory functions should be kept away from the Nigerian Civil Aviation Authority (NCAA).

He said that the NCAA should not be further entrusted with overseeing economic regulations, because the body had not performed well in regulating air business.

Ojikutu said that a Civil Aviation Commerce Board (CACB) should be established to regulate air trade, while NCAA retained its regulatory functions for air safety.

“The CACB should be tasked to promote and regulate civil aviation commerce within and between Nigeria and foreign countries in the interest of the air business.

“As such, the approval of scheduled commercial air routes BASA and Commercial Agreements should be considered air commerce function and accordingly the responsibilities of the CACB.

“The bills to amend the CAA Part 12 (1), (2), (3) a-e and the establishment of a NCACB with an enabling power and provisions to make regulations, prescribe the manners of exercise and carry out duties and functions.

“These are under the Civil Aviation Act, 2006 and the standards that the board needs to achieve compliance to BASAs, commercial agreements and the necessary amendments on Nig. CARs Part 18 on Economic Regulation,’’ he said.

Ojikutu, however,
noted that the only authority on civil aviation regulations, oversight and enforcement for safety, security and economic on all operators, was NCAA and not the ministry.

Ojikutu said that only few people had been complying with the periodic maintenance programmes on aeronautical facilities like the runways and taxiways.

He said the periodic calibration of navigational aids and their associated infrastructure were left until they became disrepair or exceeds their operational tolerance limits.

On the private operator’s side, the expert said that NCAA was not enforcing economic regulations on the airlines, and that negatively affected their finance.

“Four airlines such as Arik, Aero, First Nation and Medview in the last three years have gone into economic downturn or breakdown,’’ he said.

Ojikutu said that periodic oversight and enforcement regulations would have detected the disrepair common to most airports runways such as that of Enugu and others.

He called on the aviation security, particularly at the Murtala Muhammed Airport (MMIA), to support the current administration to perform its duty.

Ojikutu further said that five per cent of the charges on passengers tickets sales, cargo freight fees, and invoices on chartered flights showed that there was sufficient funds.

He said the regulatory body should use the funds to affect regular periodic maintenance programmes on all the airports aeronautical as well as upgrade calibration of the essential navigational aids.

Ojikutu said the funds could also be used for regular staff training or human capital development for safety in the sector.