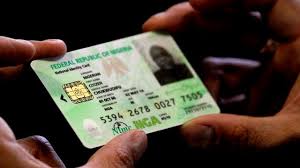 Nigeria as a country is one that is known for the many natural resources at its disposal yet, statistics show that a large percentage of its citizens still live in abject poverty that has seen many unable to afford quality housing or good education. Majority of these are of working age but are not yet employed.

All these added with other major challenges faced by the country including affordable housing and other infrastructures yet to be addressed by successive government administrations could be part of the reasons that has seen some youth engage in violent activities or fraudulent activities across the country.

When there is civil unrest, majority of the reasons are that there is massive poverty, hunger and hardship in the land and as witnessed already, it will be a threat to the government. For instance, the recent breaking of warehouses where it was alleged that Covid-19 palliatives for the poor were hidden, the government should take these for granted.

Having known that the country’s population constitutes mostly the youth, educated and uneducated, many of whom are unemployed, it is expected that the government should channel more of the planned development policies towards the growth of the youth else, the country risks having well trained youth that can the older ones in the taking the country forward.

Although, the present administration should be applauded for the National Social Housing Program [NSHP] meant to provide housing for the masses in the country, especially the youth. However, it should see to it that the essence the scheme was planned for achieved. It should not also stop there, the government is encouraged to embark on more favorable housing schemes and policies for the young ones.

Many of them cannot afford to pay for decent accommodation because of their employment status and are still under the shelter of their parents. Decent houses are quite expensive for them and are reserved for the elites, the politicians whom they have targeted either for kidnapping or looting of their homes or offices.

The housing initiative by the government, under Barr. Babatunde Fashola led Ministry of Works and Housing across the six geo-political zones of the country should have a thought of having the youth own some of the houses on a rent to own basis with friendly affordable mortgage options.

If successive governments, past and present had keyed into addressing corruption that had deprived the young ones of employment and housing opportunities that will make life comfortable for them, it will provide a good platform for them to go about their daily activities.

It will curtail the incessant negative developments that have disrupted the peace of our rural and urban communities.