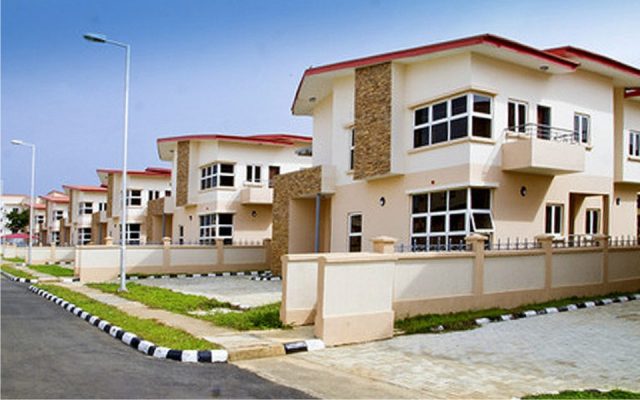 Industry operatives have hinged the underperformance of real estate sector on the Federal Government’s inability to play a leading role, by providing enabling environment, incentives for the sector to transform and thrive.

Government continues to be a major driver of the Nigerian economy through public expenditure and joint partnership programmes. The government particularly focused attention on construction of roads, bridges, railways, and airports.

This special focus contributed to the positive growth achieved by the construction industry. On the other hand, the real estate sector has been left largely to the private sector without considerable participation by the government.

Experts described as unfortunate, the manner government neglected real estate sector, which has great potential for economic growth with multiplier effect on other areas of development, including job creation, health and wellbeing, manufacturing and environmental development.

Essentially, the private sector participation, driven mainly by profit motive, had focused on the high and medium segment of the real estate sector, thereby neglecting the low-income affordable housing sector, which represents 60 to 70 per cent of housing market.

“Only a small number of Nigerian developers has capacity for large-scale delivery of houses. What we require are developers with construction, technological and financial capacity to deliver houses on a large scale, based on guaranteed off-take and incentives,” the Managing Director, NISH Affordable Housing Limited, Mr. Yemi Adelakun said.

He also attributes the under performance of the real estate sector to low-level of effective demand for housing, “those who are in need of housing do not have access to housing finance or mortgage at affordable rate. The mortgage system has been grossly inadequate to meet their needs. Similarly, cost of construction finance is very high and unsustainable.”

In his submission, Professor of Estate Management, University of Lagos, Timothy Nubi said, the failure of the present government with other past governments to understand the nexus between real estate and national development has made matters worse.

Nubi who doubles as the founding Director, UNILAG Centre for Housing and Sustainable Development said: “Until this nexus is established, we will continue to lag behind. The quantum of the ratio in mortgage in the GDP of any nation determines how robust the economy would be.”

He said: “The mortgage today is less than five per cent of the GDP while in advanced nations, it is between 40-70 per cent. It tells a lot of the low-level of activities in the real estate sector. Until we revised this, we will continue to mark time.”

According to him, the ability to join these two markets together through securitisation makes nations to leapfrog their economic development. “If governments want to resolve the issue of poverty, unemployment, they should invest in the construction and real estate sectors that have multiplier effect on the economy,” he added.

Adelakun further blamed high prices of houses on increased cost of production and high profit margin imposed by the developers. “Majority of housing materials is still imported. Through innovative approach, government’s intervention, local production of building materials and economies of scale, prices of housing can become affordable for the generality of Nigerians.”

He explained that the mismatch of demand and supply in the midst of huge housing deficit, has led to the abandonment of hundreds of houses in different stages of completion.

“Developers put the cart before the horse by building without knowing the preferences and affordability of the buyers. The capital tied down in these projects could have been reinvested in new projects,” he said.

A partner in the firm of Ubosi Eleh and Company, Mr. Chudi Ubosi said, the government could begin solving these problems by reviewing the Land Use Act, giving access to land and creating an enabling economic environment for businesses to thrive. Other measures canvassed include, better access to finance both for development and for purchase as well as improved infrastructural provision and services.

On the issue of affordable housing gap, Ubosi, a past president, African region, International Real Estate Federation (FIABCI) said: “The figure of 22 million housing deficit is realistic. The simplest yardstick is for the government to undertake a housing survey and census – how many houses are in Nigeria? The types, distribution, who occupies them? From that, we can have a good idea of the deficit and project further our needs.”

Adelakun continues, “technology is another reason for underperformance in the real estate sector as developers are yet to imbibe new building technologies that can give them time, quality and cost advantage.

“Government processes of obtaining necessary building approvals and land titles are contributory factors. Lack of access to government land is also a major hindrance, as developers have to procure land from other sources at exorbitant prices.

The experts recommended that the government should develop a marshal plan for delivering large scale and cost effective affordable housing sector through innovative strategies.

They suggested, the intervention of government to ensure ease of procuring necessary approvals and land titles, infrastructure, Public, Private and People Partnership, housing cooperatives and savings scheme, guarantees for developers (not contracts), quality assurance and standardisation, reform of government policies and institutions on housing.

According to them, the special dispensation approved for other sectors like agriculture, medium and small enterprises should be extended to housing sector, whereby commercial and other institutions are made to offer special interest rates and other facilities to stakeholders in the sectors.

“The demand approach is also very essential for seamless delivery of housing to the people by first conducting needs and affordability assessments and creating effective demand for housing.”