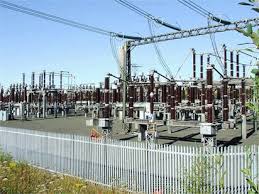 Warri-based entrepreneur Mr Simon Asite has urged the Federal Government to address the inefficiencies and challenges militating against an effective power sector in the country.

Asite, a former President, Delta Chamber of Commerce, Industry, Mines and Agriculture (DACCIMA), told newsmen on Friday in Warri, that the power sector should be salvaged if the country were to raise citizens above the poverty level.

He said that operators in the power sector had failed to improve the sector since its privatisation in 2013.

He, therefore, called for the revocation of their operating licenses and re-award them to investors that would ensure efficient and effective running of the sector.

According to him, the power sector is critical to the growth of any economy and should not be left to “unserious investors to manage”.

“No nation can grow economically without small and medium enterprises.

”And these cottage businesses need electricity to survive. There should be 24 hours power supply for industrial consumption.

“In my area for instance, we have not had light for the past three weeks and yet we pay light bill. I spend heavily on diesel to run my business.

“We requested for prepaid meters but we’ve been refused. Yet we keep receiving estimated bills. You are into business to make profit.

“I think, if the operators are not capable, the Federal Government should review their licenses and revoke them if possible,” he said.

Asite also urged government to create short, medium, and long term framework to address the lacunas in the power sector to improve the economy.

Speaking on the proposed “Free Africa Trade Agreement” by the African Union leaders, Asite said it would help to boost the country’s economy in the global market especially with availability of power.

The Free Africa Trade Agreement is a cooperation between the 49 African Union member states aimed at creating a single market followed by free movement and a single-currency union.