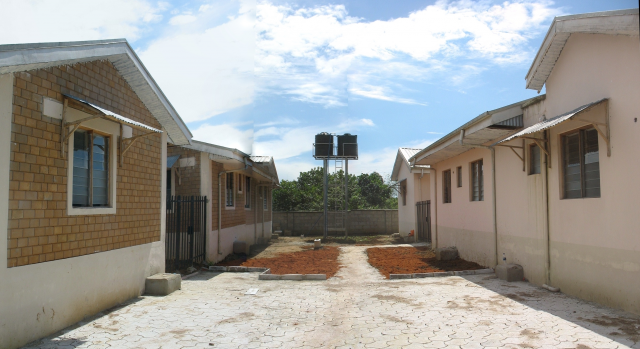 An architectural, Mr Samson Akinyosoye has urged developers to adopt environmental friendly housing designs that would stand the test of time.

Akinyosoye, Secretary, Nigerian Institute of Architects (NIA), Lagos chapter made the call in an interview with newsmen  in Lagos.

He said that there were also housing designs that do not cost much to construct.

According to him, being conscious of the environment should be basic and the focus of all developers and architects when designing buildings.

He said that four causative dimensions to construction failures could be as result of poor design, substandard constructions, change in the use of the building and lack of adequate maintenance.

“We are aware of the high number of collapsed and defective buildings in the country, this is mostly caused by impatient clients and developers looking for shortcuts.

“The architect involved is also to blame for going against professional ethics to design a structure that is not standardised in a bid to save construction cost and retain the client,” he said.

Akinyosoye said that most clients were not aware that the major cost of construction was not in the designing, but in the actual construction work itself.

He said another problem was that many developers who were not literate got their houses designed by quack architects. This can lead to unsafe and unfriendly environmental housing designs.

“Developers and private builders should understand that concretes and finishing were the major cause of high construction cost,’’ he said.

The architect said that a house could be designed to have less curves, which reduces the amount of concretes used and the finishing could be moderate instead of elaborate finishing that were just for aesthetics.

He said that the problem of construction failures and defective buildings were mostly blamed on the design and the materials used.

“These problems can be avoided if the Federal Government could regulate building designs and construction across the country.

“I don’t know about other states, but Lagos State Government through the state Physical Planning Authority and other housing regulatory agencies have to approve any design before it is given to the developer.

“The move is to regulate and monitor housing developments, while ensuring compliance to standards.

“Other stats governments should emulate Lagos State so that there will be more cost-effective and environment friendly housing designs , which will in turn reduce construction failures in the country,” he said.