Home Electricity We will addresss your grievances, IBEDC promises protesters 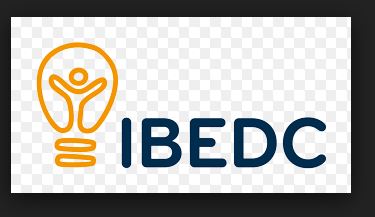 The Omu-Aran Business District of Ibadan Electricity Distribution Company (IBEDC) in Kwara has pledged to address the grievances that led to the recent public protest against the company in the area recently.

Biodun Ogun, the District Business Hub Manager, made the pledge during a meeting with members of Omu-Aran Traditional Council of Chiefs at the Olomu’s Palace on Saturday.

Scores of youths and women in Omu-Aran had taken to the streets last Thursday to protest outrageous bills and alleged extortion by IBEDC personnel.

The protesters, who carried placards with inscriptions like: “No more extortion”, “Stop crazy electricity bills” and “Repair damaged cables, polls”, stormed the office of IBEDC located inside Omu-Aran City Complex to register their grievances.

Doyin Lawal, the President of Omu-Aran Youth Forum (OYF), who led the protesters, said the youths had no option than to register their grievances through the protest.

Ogun, who acknowledged that there might be genuine cases of crazy bills, however, faulted the manner the protesters adopted.

According to him, the youths should have used the official channels provided by the company.

“We just did a comprehensive data capturing of our consumers to ensure cordial relationship and effective service delivery.

“We are ready to entertain genuine complaints from consumers over crazy bills and other related issues if channeled through appropriate quarters.

“We believe this is far better than storming our offices and attack our workers to the extent of inflicting injuries on them.

“The district will not deliberately impose high bills on its consumers except in cases of errors which can be traced and promptly addressed,” he said.

Jide Adebayo, the Eesa of Omu-Aran, who responded on behalf of the Olomu-In-Council, said the council was never consulted over the planned protest.

He, however, said the council would not relent until the issues raised by the protesters received amicable settlement between the parties.

Adebayo advised officials of the company to promptly address the noticeable grey areas as promised to forestall unwarranted clashes.

He appealed to the officials to return to their duty posts, while assuring them of the council’s support at all times