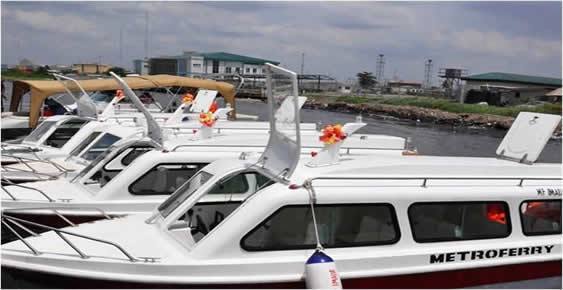 The Lagos State Emergency Management Agency (LASEMA) says it is working in partnership with the marine police and other agencies to provide safety on the waterways within the Lekki axis of the state.

Dr Olufemi Oke-Osanyintolu, the General Manager and Chief Executive Officer of the agency, said this during an interactive session with the staff of LASEMA Safety Arena in Bolade – Oshodi in Lagos.

“LASEMA will actively complement the efforts of the state waterways’ agency, the marine police and other relevant stakeholders to ensure adequate safety of the commuting populace on the state’s waterways,’’ he said.

The General Manager also said that the Response Unit of the Agency on the Lekki corridor would serve as its marine response centre.

He said this was to enhance the presence of the agency on the waterways and reduce response time to scene of emergencies.

According to him, it will be solely dedicated to emergency surveillance and response on the waterways.

The LASEMA boss, however, decried the rate of boat mishaps in recent time.

He said that the situation was a wake-up call to all responders to re-strategise their operations and rise to the challenges of responding on time to emergencies.

“The LASEMA established act as amended in 2005 (Section 5 (1-4) mandates the agency to coordinate and integrate disaster management in Lagos State, and to successfully accomplish this task.

“The agency is venturing into new relationships and sharpening the agency’s network and linkages to ensue better defined collaborations,” he said.

He said that the agency’s position was in line with the vision of the administration of the governor, Mr Babajide Sanwo-Olu, which is to provide adequate safety of lives and property.

“This will be achieved through workable and achievable programmes and strategies, aimed at improving efficiency in the delivery of disaster management in the state,’’ Oke-Osanyintolu said.

He noted that the agency had established three zonal offices within the three senatorial districts of the state.

He added that it had appointed zonal coordinators and established unit bases at Cappa, Onipanu on Ikorodu Road and Command and Control Centre at Alausa.

Oke-Osanyintolu said: “This is to enhance timely response to emergencies and reduce challenges arising from over centralization.’’