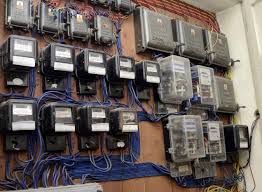 The Trade Union Congress of Nigeria (TUC) has vowed to mobilise Nigerians to resist the proposed increase in electricity tariff as canvassed by Babatunde Fashola, the Minister of Power, Works and Housing.
TUC’s President, Bobboi Kaigama and Secretary General, Musa Ozigi, in a signed communique said that it was not the solution to the power problem.
Speaking on the fuel crisis, the TUC said that the current situation in which the NNPC is the sole provider of fuel to the nation and absorbing subsidies is not healthy for the nation and the corporation and advises government to reimburse the NNPC so as to enable it to perform its primary obligation to the country.

The Labour Center asked the Federal Government to begin the immediate payment of all outstanding subsidy claims by the petroleum marketers under the PPPRA-administered Petroleum Support Fund (PSF) to avoid consequential job losses which the nation can least afford.

The congress said that the delay in paying outstanding claims has stopped the payments of wages/salaries in the downstream sector in a scary dimension which must not be allowed to degenerate further.