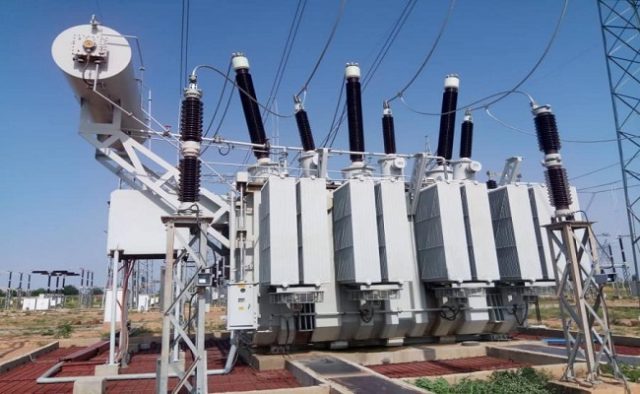 Transmission Company of Nigeria (TCN), says it has restored normal bulk transmission of electricity to its Apo transmission substation after a fire outbreak on one of its 45MVA 132/33kV power transformers on Sunday.

Mrs Ndidi Mbah, TCN’s General Manager Public Affairs in a statement on Monday said the fire was put off by the combined efforts of the Federal, FCT and NNPC fire service.

She, however, said it was still early for TCN to determine if the burnt transformer could be salvaged.

Mbah said that the fire resulted from a direct fault from one of AEDC’s 33kV feeders which had a history of incessant trippings, noting that the 33kV lacked protection.

She said TCN was equally investigating possibility of transformer protection failure on its 45MVA power transformer.

She, however, said the Apo transmission substation had N-I redundancy and as such, power supply to all the areas that take supply from the substation through AEDC would not be affected by the incident.

“This is because the maximum load taken by AEDC from the burnt 45MVA transformer was 26MW, meanwhile maximum load AEDC takes from the old 100MVA in the substation is 56.5MW.

“But maximum load from the second 100MVA power transformer installed last year is 30.8MW, both however, can take at full capacity, a total of 160MW as against the 86.5MW.’’

She said TCN was presently transmitting normal supply through the 2x100MVA 330/132kV and the second 45MVA 132/33kv power transformers in the substation.

According to her, the company had equally loaded the 26MW from the burnt transformer into the 100MVA MBH transformer at the substation and is adequately supplying AEDC without load reduction.

Mbah said TCN was working with AEDC to ensure that it now takes the load formally taken from the burnt transformer through the MBH 100MVA transformer.

She apologised on behalf of TCN for the inconveniences caused electricity consumers in the affected areas, noting that issue of protection of equipment must be taken very seriously.

This, she said was to ensure that stability of the nation’s network was not compromised.