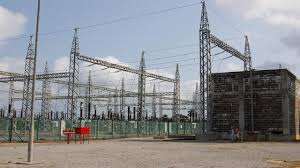 The Transmission Company of Nigeria (TCN) has said that the power outage in Lokoja from Feb 23 to date was caused by a sharp drop in load by Distribution Companies(DISCOs).

It said the drop created extremely high voltage in the grid, causing the lightening arrester in the 150MVA power transformer at the Lokoja transmission substation to explode.

A statement by TCN’s General Manager, Public Affairs, Ndidi Mba in Abuja on on Monday, described the lightening arresters as some of the items that could prevent high voltage in the transformer.

She said that TCN’s maintenance engineers had mobilised, stopped the flow of the oil and made concerted efforts to seal the cooling fin.

According to her, the Engineers were, however, unable to immediately seal the cooling fin, as the area that needed to be sealed was drenched with oil, making it difficult to seal.

“The company then proceeded to empty the transformer oil into drums, clean and allow the affected surface to dry before further attempt was made at sealing the cooling fin.

She said the process of effecting solution to challenge would be completed on Feb. 26, while the transformer would be energised latest on Feb. 27 and normal power supply would be restored to Lokoja.