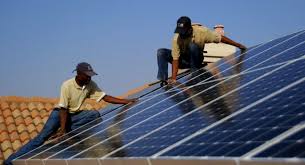 The Minister of State Power, Goddy Jedy Agba, has said the power sector requires $4 billion annually to universally access clean and renewable energy for a sustained power supply to consumers in the country.

Speaking at a virtual global power sector players’ conference presided over by the United Nations Secretary General, Antonio Guternes, the minister outlined the achievements and challenges President Muhammadu Buhari’s administration has recorded in the power sector.

He said the government was desirous of ensuring that there is adequate supply of electricity to consumers.

He said: “Our ambition is demonstrated by the recent removal of the fuel subsidy in Nigeria which now makes the off-grid sector more competitive, as well as the five million solar connections programme, which was included in the COVID-19 recovery strategy, Economic Sustainability Plan ESP.”

While urging global partners to support ESP, introduced by the Federal Government, the minister stressed that Nigeria was taking steps to merge its energy access and energy transition conversations as the largest unelectrified population globally resides within the borders.

He called for access to the unelectrified 85 million people using renewable sources to maintain Nigeria and Africa’s low contribution to carbon emission.

Agba declared that financing has been a major constraint, adding that the present administration has identified areas of conflicts including accountability, transparency and technical capacity and has gone a long way to address these challenges except for finances to boost the sector.

He stated that clean and renewable energy was the way to go for sustained power sector reforms in the country to hand over a prestigious legacy in the power sector for successive governments.

Earlier, the UN Secretary General Antonio Gluternes noted that the global trend for power sector development was clean and renewable energy to unbundle the usual grid supply, which has been insufficient over the years especially in African countries, considering the huge amounts of fund required for sustained supply of power.

According to him, the United Nations was prepared to give necessary support to Nigeria considering the position paper presented by the Minister of State Power, Agba, at the conference.

Also speaking at the conference was the President of African Development Bank (AFDB), Dr. Akunwumi Adesina, who stated that the bank will continue to support the power sector public private initiatives to ensure that there is stability in the power sector across African countries.

He said the bank has continued to formulate and implement power sector-friendly policies in order to boost manufacturing, industrialisation and the informal sector for sustainable growth and development.