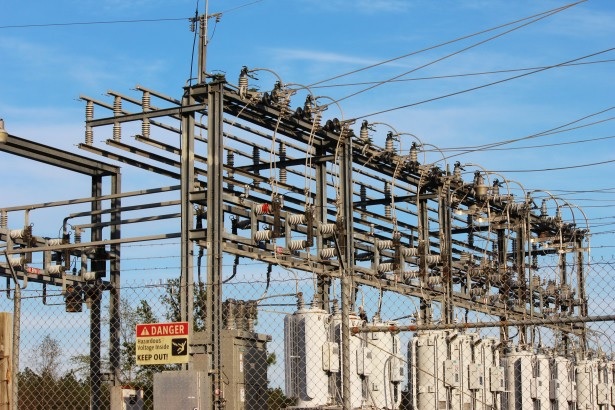 The Senate has advised the Federal Government to approve the sale of its 40 per cent stake in the power sector to foreign investors due to incessant bailout funds to Electricity Distribution Companies, DISCOs, without commensurate improvement in power supply.

This came as Senate President, Ahmed Lawan, said private investors should be allowed to invest and take ownership of the sector to put an end to the challenges therein, Vanguard reports.

Lawan, who disclosed this in Abuja, while receiving the management team of the Transmission Company of Nigeria, TCN, led by the Managing Director, Usman Mohammed, said: “As stipulated in the Power Sector Privatisation Act 2005, private investors should be allowed to invest and take ownership of the sector to put an end to the challenges being faced.

“The 40 per cent holding of the Federal Government as stipulated in the Power Privatisation Act 2005 may also be more beneficial to the nation if it is sold to foreign investors with technical know-how.

“It is not in the interest of the government to keep disbursing bailout funds to DISCOs without commensurate improvement in power supply.”

Lawan also assured TCN of the Senate’s support on its proposed recapitalisation of DISCOs and the Transmission Rehabilitation and Expansion Programme, TREP.

However, reacting to the development, former Chairman and Chief Executive Officer, Nigerian Electricity Regulatory Commission, NERC, Dr. Sam Amadi, said: “I agree that the government should stop all this bailout money to the DISCOs. It is corruption and illegitimate wealth transfer.

“When we were in NERC, we did same in the belief that the DISCOs will, henceforth, stand on their feet. But they have not. There is no more gain in government more than they would have spent with public commercial entities six years after privatization. It’s senseless.

“We have to admit that the experiment failed or has not worked and we should look for a better way to manage the inefficiency. I do not agree that government should go through any process of selling to ordinary investors.

“Government should either commercialise the 40 percent stake and hold it in a public trust and invite private managers to manage that shareholding on its behalf or divest to institutional investors who have competence and financial capacity to manage the assets.”

Also reacting, Chairman and partner of Energy and Natural Resources at Bloomfield Law, Ayodele Oni, said: “The first thing I believe the government should do is to address the tariff structure. If the tariff is not cost reflective, I do not think the 40 percent stake can be sold.

“Imagine producing for N2.0 and you are forced to sell for N1.0, which is a loss. Nobody is going to invest in such a business.

“Once this is corrected, I think the next step is to address the issue of energy theft across the sector. Also, they need to look at the transmission network, if it can supply adequate electricity.

“I do not think DISCOs are the right people to sell this stake, if there is urgent need to do so. The DISCOs have not shown that they have the capacity to handle it.

“Almost all the DISCOs borrowed between 70 and 100 per cent capital to buy the 60 percent stake they possess now, through shareholders or bank loans.

“Even after buying, they will not have funds to improve the network. The government is even helping them with bailout out funds. NERC is also helping them out with metering too. It is best we look for international investors that have been tested and proven elsewhere with financial stability, if the stake must be sold.”