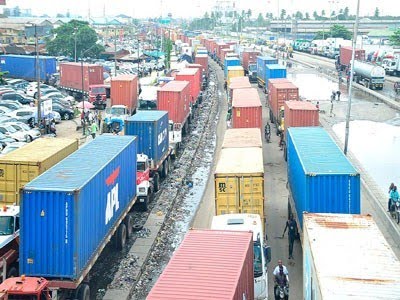 The House of Representatives on Wednesday urged the Nigerian Ports Authority (NPA) to take advantage of the vacant land along the Lagos-Ikorodu road to create modern trailer parks.

It also urged the authority to ensure that only trailers scheduled for loading had access to the lighter terminal vicinity.

This followed a motion by Rep. Babajimi Benson (APC-Lagos) on the urgent need to rehabilitate Ebute-Ogolonto road that leads to Ikorodu Lighter Terminal and address the indiscriminate parking of trailers on the road.

Moving the motion, Benson, explained that the Ikorodu Lighter Terminal (IKLT) was constructed by the NPA to de-congest the Apapa and Tin Can Island Ports in Lagos State.

He expressed concern that the terminal, in recent times, had been witnessing movement of containers from the Apapa Port Complex by sea to the Ikorodu Lighter Terminal in barges.

Benson maintained that due to the continued growth in the terminal’s containerised and bulk cargo haulage businesses, there had been an increasing number of trailers plying the Ogolonto to Ebute route in Ikorodu Federal Constituency.

He further expressed concern that in the course of picking up their consignments, the trailers parked indiscriminately on the Ogolonto-Ebute road, thereby causing traffic congestion and damage to the road.

“This situation is worsening every day, bringing hardship to the people, in addition to the damages from the weight of those trailers on the said Ogolonto road.

The motion was unanimously adopted by members when it was put to a voice vote by the Speaker, Mr Yakubu Dogara.

The House also urged the Federal Road Safety Corps (FRSC) to give strict warning and subsequently penalise any trailer that parked indiscriminately on the Ogolonto-Ebute road.

It urged the Federal Ministry of Power, Works and Housing to immediately commence palliative works on the road to ensure that travel time was reduced.

It mandated its Committees on Nigeria Customs and Excise, Ports, Harbours and Waterways, Works, and Legislative Compliance to ensure implementation