Home Roads Reps to take a deep look at contracts on Niger bridge and... 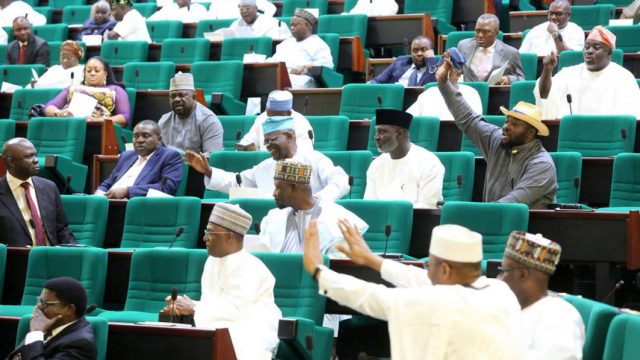 The House of Representatives has resolved to investigate the nature of contracts and concession arrangements between the Federal Government and private entities on the second Niger bridge and the Lagos-Ibadan Express Way.

The House also urged the Federal Ministry of Power, Works and Housing to include funds in the 2018 Budget for the completion of the projects.

The resolutions followed the adoption of a motion moved by Solomon Maren (Plateau-PDP) on Thursday in Abuja.

Moving the motion, Maren said that contracts for the construction of the second Niger Bridge and reconstruction of Lagos-Ibadan Express Way continued to appear in the country’s annual Budgets.

According to him, the contracts have continued to feature in the country’s annual Budgets without any seeming signs of their completion or the amount required.

“The Nigeria Sovereign Investment Authority (NSIA) had spent about N18 billion on the projects as the financier during their early stages.

“The completion of the projects is pivotal to national development.

“The projects have potential to douse tension across the country, especially in the face of the widespread agitations for restructuring of the governance mode of the country and separation by some pressure groups.

“The manner of execution of the projects is not in accordance with the defined methods of executing projects or contracting procedure.

“Businesses would continue to suffer heavy losses and operational costs, while the originally intended aim of galvanising the various interests of Nigerians through the execution of the projects will remain unfulfilled,’’ he said.

The Chairman, House Committee on Works,Toby Okechukwu (Enugu-PDP) said that the second Niger Bridge and the Lagos-Ibadan Express Way were projects critical in boosting the country’s economy.

“A lot of stakeholders are concerned about this and the completion of the projects is much more important than the fact that they have been awarded,’’ Okechukwu said.

Also contributing to the discussion, Mohammed Sani (Bauchi) said it was necessary to ascertain whether the projects were concessioned or subsumed under direct funding by the Federal Government.

Ali Madaki (Kano-APC) said,”there was a concession agreement which was signed on the Lagos-Ibadan Road by the previous Administration which I believe is still binding on this government.”

Ruling on the motion, the Deputy Speaker, Yussuf Lasun referred the matter to the Committee on Works to investigate the nature of the contracts and arrangements and report back within four weeks.