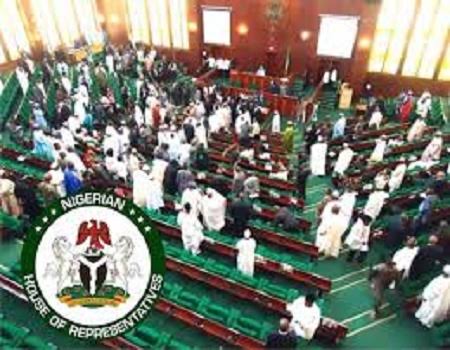 The House of Representatives has queried the construction company, Julius Berger Nigeria Plc, over the slow pace of work on the Lagos-Ibadan and Abuja-Kaduna-Zaria-Kano highways.

The House Committee on Works, in its resolutions, expressed its disappointment when the company appeared before it alongside officials of Ministry of Works and Federal Road Safety Corps (FRSC) at an investigative hearing on Wednesday.

The committee, in its resolutions on the hearing, said it “questions Julius Berger’s capacity to concurrently handle big projects.”

The committee said that in view of this, “it is directing the Federal Ministry of Works and Housing to consider the option of involving other contractors to handle different sections of the road”.

It said this is to ensure that the project is completed on time and save lives and property.

The committee also demanded a monthly progress report on the Abuja-Kaduna-Zaria-Kano road from the Ministry of Works and Housing.

In addition, it invited the Bureau of Public Procurement to brief it on the “Certificate of No Objection” issued on the proposed third lane of the Abuja-Kano road.

The committee, however, resolved to carry out oversight function on the Abuja-Kaduna-Zaria-Kano road immediately.

It also resolved to invite the Nigerian Sovereign Investment Authority to provide it with all details of payments made to Julius Berger and the justifications for the payments.

Furthermore, the committee directed the construction company to open up the completed, but closed portions of the Abuja-Kaduna-Zaria-Kano road, and minimise and streamline the road diversions as advised by the FRSC, immediately.

It added that the company should immediately attend to the potholes that littered the road.

“The committee advises Julius Berger Nigeria Plc., the Ministry of Works and Housing, and the FRSC to work together to ensure sanity and security on the Abuja-Kaduna-Zaria-Kano road,” the resolution read in part.

The News Agency contract of the Abuja-Kaduna-Zaria-Kano road was awarded to Julius Berger at the cost of ₦155 billion with a completion period of 36 months.

The chairman of the committee, Rep. Kabir Abubakar (APC-Kano), alleged that the company had, by its actions and inactions created a situation leading to loss of lives and gridlock on the Abuja-Kano road.

Abubakar said this was in spite of the company being paid a mobilisation fee of over ₦50 billion.

The chairman expressed concern that Julius Berger might not meet up with the completion deadline as stated in the contract agreement.

He said that in spite of the disbursement of about 32 per cent of the total contract sum, the work done, as discovered by their consultant, was not commensurate with the funds collected by Julius Berger.

The committee said that Julius Berger stood the risk of losing the contract if it failed to complete the project within the stipulated time.

Representatives of the ministry and the company, however, told the committee that they did not come along with details of the Lagos-Ibadan expressway for the appearance.

Bott said the company regretted the loss of lives and inconveniences caused users of the Abuja-Kano and the Lagos-Ibadan highways.

He told the committee that measures were being put in place to reduce hardships being experienced by motorists on the Abuja-Kano road.

According to him, the measures include patching the potholes and collaborating with the FRSC to control traffic and reduce accidents.

The Julius Berger representative explained that some sections of the road were not opened to traffic as they had not been completed, contrary to the belief of the users.

Bott also told the lawmakers that 60 kilometre of the completed section of the road would be opened for use within the next two months, while work on the other sections would continue.