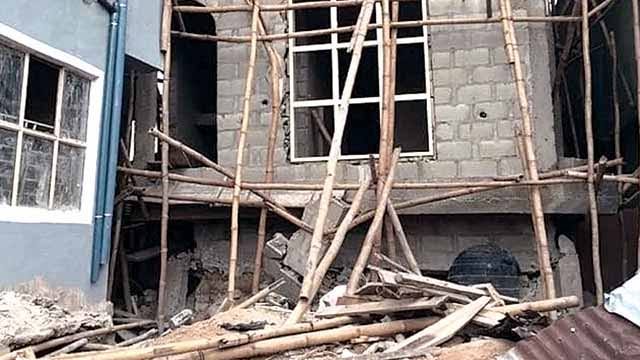 George, who made the appeal while speaking to newsmen in Lagos, said that such a report should be made to the Lagos State Building Control Agency (LASBCA) for appropriate action.

He said the report could also be made to BCPG, saying that the Guild was collaborating with LASBCA to find lasting solutions to construction failures.

According to him, it is advisable that residents never ignore substandard constructions or misconducts noticed in their neighbourhoods.

“If you suspect there is an issue in a building which you can’t see, contact an expert to come around to inspect the property. The motive is to avert building collapse, save life and the environment.

“Residents have vital roles to play in curbing building collapse; they are in a better position to detect early illegal and substandard constructions,” he said.

He added that it was sad that some residents failed to report illegal or substandard constructions which they noticed.

George said that such an attitude was not in the interest of the society.

He claimed that many developers had decided to construct buildings at night, weekends and public holidays when regulatory authorities might not be watching.

“LASBCA and other building regulatory authorities alone cannot properly monitor to detect when buildings are defective or when illegal constructions are going on without the support of residents.

“It is the residents that are in a better position to detect substandard constructions within their areas, irrespective of the time they are carried out.

“A substandard building is not just a house that is old or outdated. It is a building that constitutes a high risk to the health and physical well-being of its occupants, neighbors and visitors,” he told NAN.

“So, it requires expertise and collective efforts to detect substandard buildings,” he said.

He urged the residents to contribute their quota to the campaign to end building collapse in Lagos State.