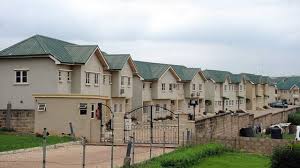 The President of the Real Estate Developers Association of Nigeria (REDAN), Dr. Aliyu Wamakko has said that in its bid to compliment the efforts of the Nigerian government in bridging housing deficit in the country, REDAN aims at finding veritable solutions to the recurring housing problems faced by majority of the country’s populace.

He also said that the association is striving to provide its members with tangible housing projects that would engage them in various locations across the country.

Wamakko who made this disclosure today at the 2021 REDAN General Meeting and Extra-Ordinary General Meeting hosted in Kaduna, north west Nigeria, added that under his leadership, the association has come up with strategies to provide decent affordable housing for the masses living in both urban and rural parts of the country.

“To complement government efforts in bridging the housing deficit, and to find veritable solution to the recurring housing problem and provide members with tangible housing projects to engage them in various locations nationwide, Wamakko said.

“My leadership came up with modest strategies to provide affordable and accessible houses to (for) Nigerians in both rural and urban areas of Nigeria.

“Accordingly, the Association initiated the Rural-Urban Housing Initiative (RUHI-774). The scheme is aimed at developing at least 100 housing units in each of the 774 local government councils of the federation, including the FCT, where feasible and viable”, he added.

Additional Read: Guidelines for controlling the spread of COVID-19 enhanced the importance of housing–Wamakko

The REDAN boss also enumerated that in trying to actualizing its dream for the real estate sector in the country, the association has developed a working relationship with housing related bodies that include the Family Homes Fund (FHF) which he emphasized the association has had a financing window secured with, pan African housing institute – Shelter Afrique and Federal Mortgage Bank of Nigeria (FMBN) he described as “warehousing the National Housing Fund (NHF) contributions of civil servants in the country”.

The president also confirmed that Shelter Afrique had signed a Memorandum of Understanding (MoU) with REDAN on the 26th of July, 2021 to finance the RUHI-774 twelve thousand housing units of the association’s affordable housing scheme, “out of which six thousand will be the 1st phase, with one thousand housing units to be constructed in each of the six geopolitical zones of the country”, he added. 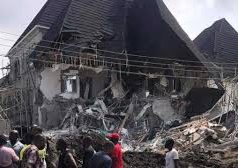 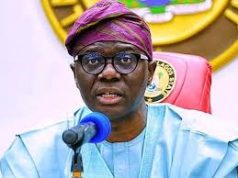 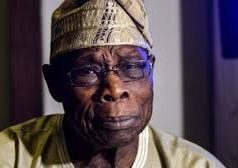