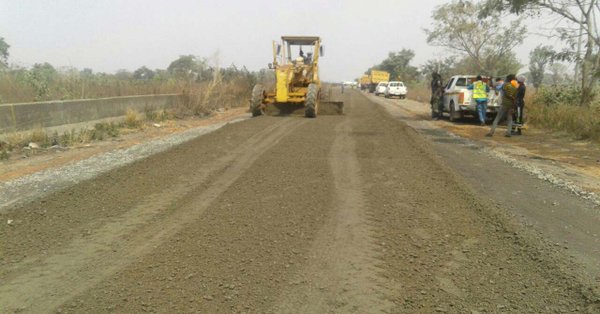 The Ogun State Government has decided pay more attention to road construction in 2018 by appropriating N30.7 billion to that crucial sector.

Making the disclosure, on Monday, to the House of Assembly Committee on Finance and Appropriation, the Commissioner for Works and Infrastructure, Olamilekan Adegbite, said that part of the funds had been projected to pay the outstanding debts they owed some contractors.

He added that some roads that require attention would be fixed in 2018 through direct labour, noting that N5 billion had been appropriated for the maintenance of new roads.

According to Adegbite, the major priority of the government in 2018 in the area of road construction would be centred on how to complete the 20 ongoing projects that cover about 357.11kilometres across the state.

In his words: “The government will construct additional 500 kilometres of durable asphalt roads in major towns of the state.

“I want to apologise for the delay in the work done on Ijebu bridge. Initially funds were very tight, but I can tell you categorically that contractors have gone back to the site.

“Also, the Sagamu-Ogijo road, contractors are also on site and work has commenced on the road.The government has commenced the process of the establishment of one asphalt plant in the state,” he explained.