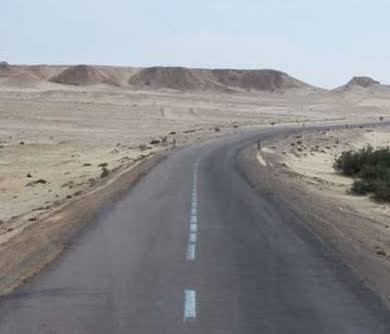 Foreign Affairs Minister, Geoffrey Onyeama, has said that the Trans-Saharan highway project when completed would strengthen the strategic relations between Algeria and Nigeria and give the two countries an opportunity to examine means and ways to give new impetus to their relations.

He  told journalists, in Abuja, that the  infrastructure, linking Algiers to Lagos over a distance of 4,600 km, would bring benefits certainly to Algeria and Nigeria, and also show that Africa can achieve projects of that scale.

It was gathered that the project remained just about 200 meters to be completed.

Onyeama, who said he was on a three-day visit to Algeria, at the invitation of his Algerian counterpart, Abdelkader Messahel, on January 19, said the project was aimed at strengthening the strategic relations between Algeria and Nigeria.

He said that the visit gave him an opportunity to examine means and ways to give new impetus to the strong relations, in line with the directives of the Algerian and Nigerian Presidents.

“We discussed some very important infrastructure projects, which includes the trans-national highway from Lagos to Algeria; of course, this will completely revolutionalise the economy, especially transport, in terms of goods accessing the European market.

He said that two Foreign ministers discussed the trans-Sahara gas pipeline project, adding that the proposed gas pipeline, would be built, through a partnership between the Nigerian National Petroleum Corporation (NNPC) and Algeria’s Sonatrach.

It has an estimated annual capacity of 30 billion cubic litres of natural gas and is expected to be operational from 2020.