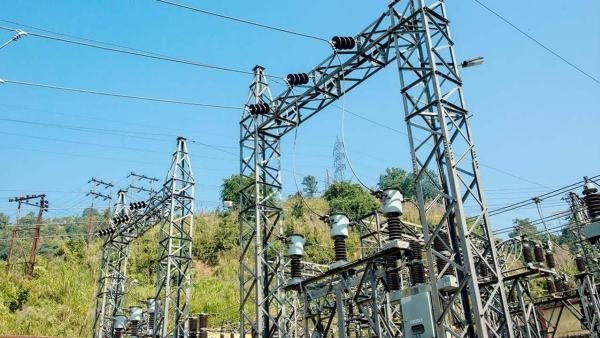 The Niger-Delta Power Holding Company (NDPHC), says 60 per cent of electricity distribution networks in the country was conceived and constructed by the company to help improve electricity supply .

NDPHC’s Executive Director, Engineering and Technical Services, Mr Ifeoluwa Oyedele said this in an interview with the News Agency of Nigeria (NAN) in Lafia.

Oyedele, who spoke after inspection of ongoing construction of a 330/132/33kV transmission substation in Lafia, said NDPHC was intervening in places where electricity supply had been deficient.

“I don’t know of any organisation in Nigeria that has intervened in the distribution as much as NDPHC.

“ We own 60 per cent of the electricity distribution networks in Nigeria, they were conceived and constructed by NDPHC.

“In most of the places where power has been deficient in the last 15 years of civilian administration in the country, NDPHC has intervened.

“In Ondo state for instance where six local governments had been out of power supply for 11 years, NDPHC is almost completing the project there.

“And some of the towns are beginning to get connected back to the national grid.

“NDPHC is perhaps arguably the most successful government owned corporation today in Nigeria, judging by the records, in spite of challenges faced by its management since its creation in 2007.

The NDPHC executive director said before the end of the year, the company would commission the new Abeokuta substations.

“There is also the old Abeokuta expansion programme and many others.

“Our intervention is not only in the areas of power generation and transmission but it is also in distribution.’’

He appealed to state governments to help resolve hanging issues that had caused delay in the completion of some of the projects.

“Like the Ikot-Abasi, Ikotu-Ekpene transmission line where we have so much money to pay as compensation.

“The multi circuit transmission station in Lagos that is expected to unlock 400 mega watts of electricity from Okaro to Alausa is being delayed by issues, although, we thank Lagos government for its intervention efforts.

“Because, when we spend N11billion, N4 billion to pay compensation, how much money are we going to have to spend on the project itself.’’

Oyedele also decried attacks of some NDPHC staff on some the company’s projects sites.

“In some of these places, our men are daily harassed, they are kidnapped, and some of them have even been killed.

“So we need to talk to ourselves, Nigeria is the only country in the world where people get up from their homes and destroy street lighting poles, power stations .

“We cannot make progress if we continue to act like this.’’

On the 330/132/33kV substation in Lafia, Oyedele said the project would significantly help transform the state into an economic hub via improved supply of electricity.

“This project is intended to ensure that the people of Nasarawa State have steady power supply with the completion of this project that will become a reality.

“Prior to this project, Nasarawa people use to have candle light and the office of the governor, I think is permanently on a generator.

“You have one 33kV line supplying power from Abuja to the entire Nasarawa, so when this substation is commissioned technically, it will be easy for any company to come and establish their industry here.

“The farmers will not have to cultivate their cashews, other produce and transport it to Lagos and other places for processing.’’

Oyedele, who said the project was the biggest legacy of Nasarawa Government to the people, commended the Federal Government and Governor Tanko Al-Makura, members of the community for supporting the project.

“I am excited and very grateful to the government of President Muhammadu Buhari, I am excited about what we have seen here.

“The passion, vision and dedication of Al-Makura actually delivered this project as has be driving this project since his first term in office.

“So the result of what you have seen today is a product of a government that is determined to give to the people the benefits of government.

“You can see that the contractors are saying that they were not molested by members of the community.

“When we came here to take over this project, we were provided with the Certificate of Occupancy of the land.

“I will put in a special request that this substation be named after Gov Al-Makura to serve as a model to other state governments.

“Because no matter how much money you make in life, what will subsist are the legacies you leave behind that will benefit the people.’’

Dr Mohammed Bawa, the Deputy Managing Director of AK-AY, the contractor handling the project also told NAN that the company had demonstrated unwavering commitment in executing the project.

“As you can see in the next two to three months, we intend to start the official commissioning of the substation.

Bawa said the major equipment required to complete the project had been brought to the site.

“So the 132/33 substations, all the cable are completed , the drainage, we just have less than two weeks to complete it, that is why we have given a time line of October.’