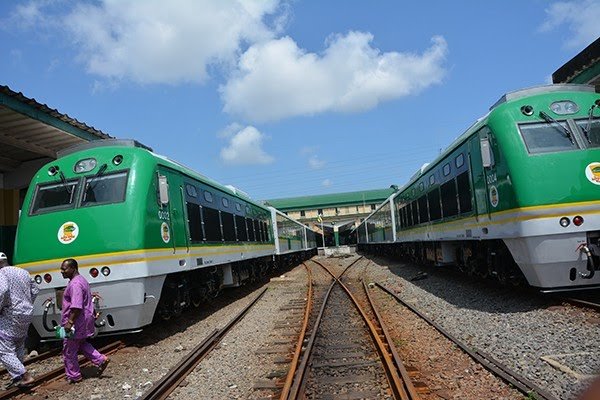 Okhiria disclosed this in an interview with newsmen in Abuja.

According to him, it is quiet impressive. I can tell you as we speak we have over N100million a month on the Kaduna-Abuja.

“I don’t have the figure off head but all I know is that we are averaging over hundred million,” Okhiria said.

The NRC boss expressed satisfaction with the increased turnout of passenger at the AKTS, adding that government was making efforts to address the passenger surge on the train line.

He said:” We are happy with the turnout of people and as I said earlier, once we have the coaches and we start rolling a train every hour, the pressure will come down.

“Like I told the Minister, it is not just the number of coaches but the trips we run that will reduce the pressure because different people will have different times to board the train.

“For now, let’s just bear it till November when the new coaches will be available.

“And as I tell people, now we are getting the attention and it’s another milestone.

“Four years back nobody was talking about railway; but now every body, the big, mighty and small are now talking about using the train.

“It is getting popular, people are paying attention and the management, board and staff are gearing up to make sure that we meet the needs and demands of Nigerians. ”

He said the e-ticketing platform would not only guarantee orderliness in purchasing of ticket but would address some major security challenges.

He said the e-ticketing would ensure the data base of all passengers boarding the train was captured in case of emergencies.

According to the NRC boss, the procurement process for the platform would soon be concluded and in a matter of weeks the contract for the project would be awarded.

On security, the NRC boss said the corporation had introduced more security personnel and measures that would ensure safety of persons and the trains.

He explained that the management was also trying to introduce some technology into the train operation to ensure proper monitoring of the trains with the signalling solution.