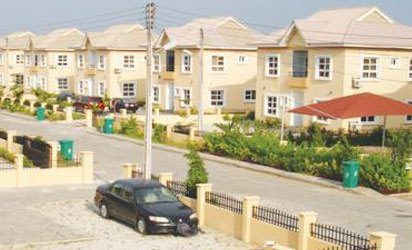 During the inauguration Usani said the intention of the government was to accommodate those who were deprived such as widows and some of the Internally Displaced Persons (IDP) in Bakassi LGA.

He said the government was building the estate in order to bridge the gap between the rich and the poor because it was actually concerned about the welfare of the poor in the society.

“A man without an accommodation is like a mad man and will never be able to effectively plan his life.

“The government understands this, and by providing social interventions such as housing, it is also intervening in household economies,” he said.

The minister, however, expressed displeasure that most of the beneficiaries of the apartments were either not from Bakassi LGA or not the deprived that the government built the estate for.

“Some of the people whose names are on the list of beneficiaries are not supposed to be occupants of these houses.

“The reason for building this estate is because the government is trying to achieve housing for all.

“We are going to work with the paramount ruler to get the real people who should occupy these houses.

“We are also going to give plots of land in the estate to the people who have been securing it and the community leaders will be given plots too,” he said.

In his remark, the paramount ruler of Bakassi, HRH, Etim Edet, said the estate was just a palliative measure.

According to the monarch, the people are still crying out to the Federal Government to properly resettle those who were forcefully ejected from their real homes due to the ceding of Bakassi to Cameroon.

He, however, thanked the government for the gesture, adding that it would go a long way in helping many displaced persons from Bakassi.

Mr Aminu Bisalla, Permanent Secretary, Ministry of Niger Delta Affairs, who was represented by Mrs Lauren Braid, noted that building the estate was one of the ministry’s mandates in ensuring good housing in the Niger Delta.

Bisalla said “housing has a multiplier effect on the social economic welfare of a people and it is one of the central needs of man.”

He advised the people of Ikpiri Ikang community to see the estate as their own and continue to secure it.