Home Transport Max Air to commence domestic flights to all major airports in the... 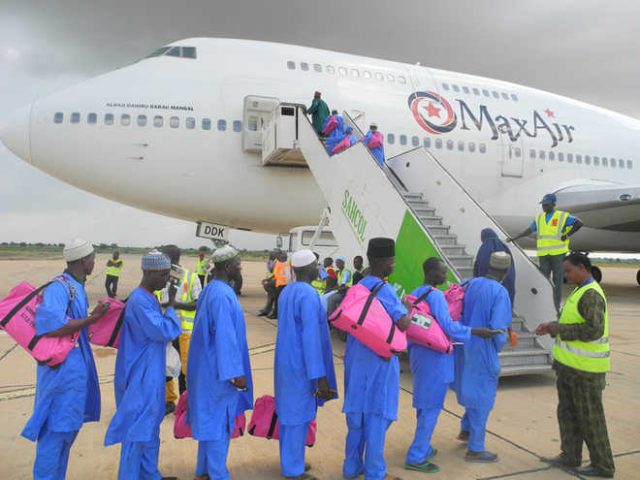 Max Air Ltd, says on Monday it will commence domestic flights to all major Airports within the country in the next few days.

This is contained in a statement signed by the Airline’s Public Relations Manager, Ibrahim Dahiru and made available to Journalists.

It said that the Vice Chairman of the Airline, Bashir Mangal made the disclosure when he received the third Boeing 737 aircraft earmarked for the operation.

“The company is putting final touches on arrangement to commence the domestic operation.

“For now we are going to start with the three Boeing 737 and as situation improves we will bring more aircraft into the system to ease the hardship being encountered by air travellers in the country, the statement said.

It noted that since its inception in 2007, Max Air has been operating with seven wide bodied Boeing 747 concentrating mainly on the annual Hajj and Umrah operation to Saudi Arabia.

According to the statement, recruitment of Pilots, Engineers, ground Staff and handlers to take care of the domestic operation nationwide has been concluded.

“Last week Max Air concluded the airlift of over 5000 Umrah pilgrims it airlifted to Saudi Arabia during Ramadan fasting period,” it said.