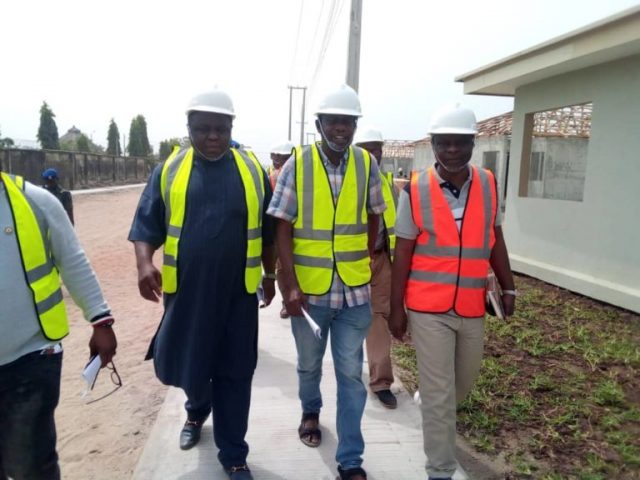 The Lagos State Government on Thursday advised home seekers to occupy its green and eco-friendly, quick to build estates for improved quality of life and longevity.

The state Commissioner for Housing, Mr Moruf Akinderu-Fatai gave the advice during inspection of the state’s first environment friendly estate in Badagry built in partnership with Echostone Development, Nigeria.

Akinderu-Fatai said that the first set of environment friendly 252 homes of two bedroom bungalow was 90 per cent completed as part of efforts to address housing deficit in the state.

He said that it took less than three weeks to complete four sets of two bedroom flats in the estate which has a serene environment with modern infrastructure and sewage system.

“Apart from benefits accruing to the environment through optimisation of energy consumption, the project also showcases an innovative technology which speeds up housing delivery; it utilises lesser energy and minimises waste.

“This estate is eco-friendly with reduced consumption of electricity and water usage. It is serene coming with modern infrastructure and sewage system, this green estate comes with a garden and two trees each for every house,” he said.

He said that the collaboration with EchoStone Development would help the government achieve its aim to deliver affordable decent shelter within a short period.

He said that the Idale Housing Estate was cheap at a price of N9 million for the two-bedroom bungalow where beneficiaries were expected to make 10 per cent commitment under a mortgage arrangement with Federal Mortgage Bank.

He said that the estate would be completed in March.

Akinderu-Fatai explained further that the 300 units in Ayobo Ipaja estate which consisted of a one storey building and 750 units in Imota in Ikorodu would all be completed within one year due to the speedy delivery construction technology.

While delivering his speech, the permanent Secretary in the ministry, Mr Wasiu Akewusola said that those who occupy the estate were projected to live between 120 to 125 years because of clean air.

“People will live long here with a 120 to 125 years life expectancy here because there is no pollution here.

“Carbon dioxide emissions that is much in the industrialized areas is not here, what we have here is huge oxygen from the trees, gardens and water,” he said.

Mr Sammy Adigun, the Managing Director of Echostone Development, Nigeria, said the estate was the future of Lagos where people would desire to live, adding that prices of property would double within the axis within the next five years.

Asigun said that energy savings level of the building was 29 from reduced window to wall ratio and energy saving bulbs for internal and external spaces.

He added that water savings from the houses was 35 per cent from low flow shower heads, faucets and dual flush.

“In addition, 43 per cent less embodied energy is saved in materials usage such as in-situ reinforced concrete slabs, aluminum sheets on timber rafters for roof and situ-reinforced walls for both internal and external walls.

“Other eco-friendly attributes include reflective roofing, roofing overhang, positioning of window to optimise natural light and ventilation so as to reduce use of electric fan and light,” he said.

Adigun also revealed that walls and structures of the homes were built using concrete for greater thermal and sound insulation.