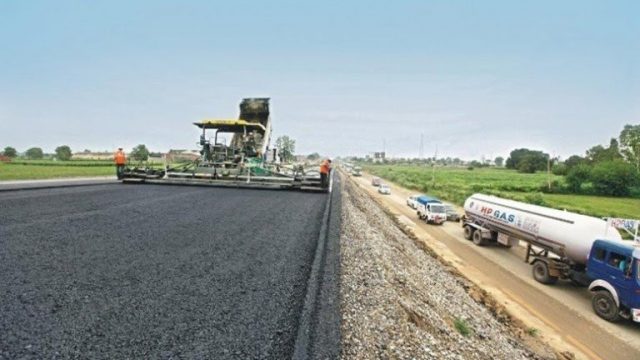 As the Federal Government prepares for partial closure of the Lagos-Ibadan Expressway on Monday for repairs, the Federal Controller of Works in Lagos, Mr Adedamola Kuti, says the project is still 40 per cent completed.

Kuti  said the prproject, which began in 2013 and earlier scheduled to end in 2017, would now be completed by 2021/22 because the Muhammadu Buhari administration included some missing features.

He added that the additional features made the completion level to still be at 40 per cent which it recorded months ago.
On the Ikorodu-Sagamu Road, expected to serve as an alternative route as construction work progresses on Lagos-Ibadan Expressway, Kuti said that the project was about 18 per cent completed.

He, however, added that critical sections of the highway likely to cause gridlock had been stabilised.

“The highway is about 18 per cent completed but I can tell you now for sure that there is great improvement on the road.

“What we did is, to first of all, tackle critical spots that cause traffic, and we are trying to link them up.,” he told NAN said.
He said that the ministry of Works, Housing and Power was working at night on some roads to ease gridlock.

“We have been fixing terrible but strategic roads. We are intervening here and there,’’ he said.

He noted that several road projects were abandoned in the past due to funding constraint, compelling the government to seek alternative sources of funding to fix more roads.

“A lot of projects were having difficulties getting appropriate funding but with other sources of funding, life has been brought into one or two of our projects, and that is why you are seeing activities everywhere.

“Lagos-Ibadan Expressway is progressing, Apapa-Oshodi-Ojota-Oworonsoki Expressway Rehabilitation and Reconstruction project is on, and these are the critical roads that bind everybody, especially in Lagos, together,’’ he said.

According to him, contractors are no longer being owed.
“Now, it is open-ended for contractors to collect whatever is the worth of work done in any project.”