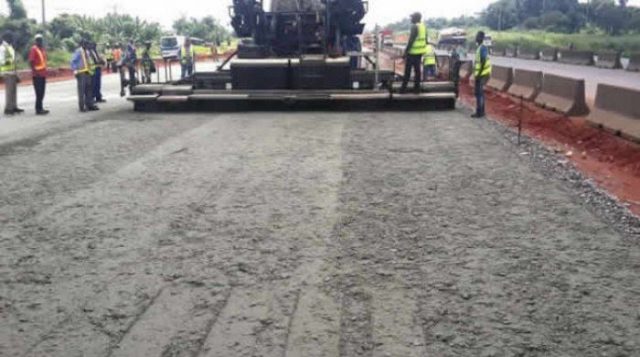 The Director, Federal Highways, South West, Mr Funsho Adebiyi, on Thursday appealed for patience and understanding of road users and residents along the Lagos-Ibadan Expressway as massive reconstruction continues on the highway.

Adebiyi, during an inspection of the highway, said that there was the need to sensitise motorists on upcoming major diversions on sections between Berger and Kara Bridge, where reconstruction will begin on Monday.

The director, who led a delegation of Federal Ministry of Works and Housing officials as well as traffic regulatory agencies, appealed to road users to comply with diversion and traffic rules.

He said that major lanes had been rehabilitated to curb gridlock, and construction on the section would begin on Sept. 2.

According to him, major construction works on the highway will be completed latest by Dec. 15.

He appealed to motorists to observe speed limits around the construction zones, obey diversion signs and bear the temporary inconvenience that comes with the construction.

“We have instructed our contractors to make adequate signage available, as well as lightening systems, reflective materials and other diversion signs to cope with night trips.

“I want to beg that all road users should please comply with these simple rules, drive safely, drive slowly especially around diversions.

“To people who live around here, we want to appeal to them, definitely traffic will be increasing, please tolerate us, accept us for this moment. It is difficult to construct a road of this nature without any discomfort,’’ he said.

Adebiyi explained that work was ongoing simultaneously on various sections of the highway beyond Lagos to fast track construction on the important highway.

He said that arrangements had been made for adequate towing vehicles with all relevant traffic agencies for speedy clearance of breakdowns, to avert gridlock on the highway.

“Work is starting on second of September and by December 15 we should be through,’’ he said.

Omeje said that the section to be worked upon was just about 600 metres and was not enough to cause too much stress for road users.

“The section is very small for anybody to lose his sleep about. We are looking at a length of about just 600 meters, so it is not anything fantastic.

“The only thing is that we are at the critical section of this corridor. The Kara Bridge is like the neck to the Lagos-Ibadan Expressway. So if you twist the neck, the entire body will definitely have problem.

“But I can assure you that nobody is going to sleep on this section. There is going to be adequate deployment of personnel and resources,’’ he said.

He said FRSC had three heavy towing trucks and would call for more, if there was need, from sister agencies to ensure free flow of traffic.

He warned miscreants to stay away, as the FRSC would not take it easy with criminal elements.

Also, Mr Jubril Adeyemi-Oshodi of Lagos State Traffic Management Authority said that the agency would give the public real time information to ensure smooth rides. and give updates using the state’s radio station.