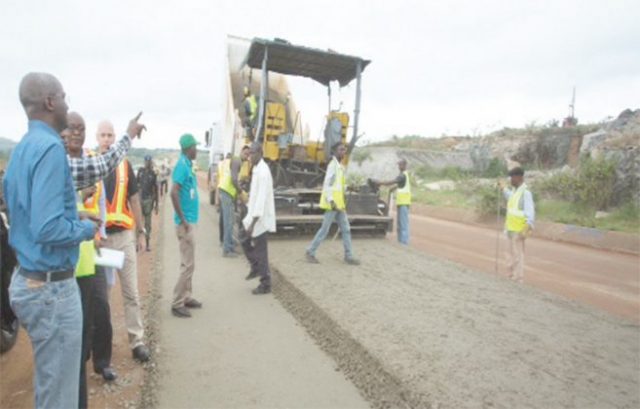 Three independent contractors are currently working on the Lagos-Badagry Expressway to speed up the expansion of the international highway.

The Federal Controller for Works in Lagos State, Mr Adedamola Kuti, said this in an interview with newsmen recently.

Kuti said that Lagos State Government, Federal Roads Maintenance Agency (FERMA) and the Federal Ministry of Works, Power and Housing, were having three different interventions on the expressway being expanded from four to 10 lanes.

“The Lagos State Government is intervening on a section which is from Eric Moore Road to Okokomaiko while FERMA has taken up the maintenance of the section from Okokomaiko to Agbara.

“The Federal Ministry of Works has also picked it up from Agbara all the way down to Badagry and the Seme border.

“The regular users of that axis can testify to improvements there in the last two months because of the three independent contractors working hard to ensure the road is fixed,” he said.

The controller also said that the two-kilometre dual carriage Apapa-Wharf Road substantially completed by the Dangote Group of Companies had been opened to traffic although it has yet to be inaugurated.

Kuti said that the road would still need finishing touches before inauguration, noting that such a busy and significant route cannot be closed for a long time.

“It has been substantially completed and under use but the service lane and some other artillery work that we have not completed stall the commissioning of the road,” he said.
Kuti also said that the Apapa-Oshodi-Oworonsoki Expressway would be fully renovated by 2020.

He noted that the road project, meant to last for 24 months, was flagged off in 2018.

“All things being equal, the expressway should have been fully renovated by 2020.

” The road is going to be reconstructed with concrete. If you go to the Cele area now, you will have a first-hand example of what to be expecting,” he said.

The expansion of the Lagos-Badagry Expressway, a major gateway connecting Nigeria and neighbouring West African countries, was conceptualised in 2009 by the Babatunde Fashola administration in Lagos State to ease traffic in the region and upgrade the infrastructure.