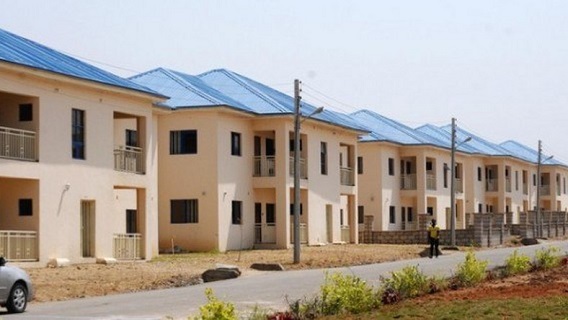 A real estate consultant, Mr Samuel Ukpong, has identified inadequate data on land and housing transactions as an impediment to growth of the real estate industry.

Ukpong, former Chairman of the Nigerian Institution of Estate Surveyors and Valuers (NIESV), Lagos Chapter made the observation in an interview with newsmen on Friday in Lagos.

He said that lack of data on land transactions could be addressed by the estate surveyors because they were land economists trained in valuation of landed property.

Ukpong said that lack of adequate data on land and housing development was as a result of non-existence of office of the Valuer-General at state government level.

He, therefore, called for the establishment of the Office of Valuer-General in all states of the federation, to track and provide necessary information on land transactions.

The consultant explained that existence of the Office of Valuer-General at the state level was important for the proper monitoring, valuation and documentation on land, to enhance growth of the real estate industry.

“The absence of adequate records on housing development, land transactions and construction activities poses great challenge to the growth of housing and infrastructure in Nigeria.

“This is why we are clamoring for establishment of the Valuer-General office in each state of the federation.

“Through the office, the needed data/information on real estate and land-related matters will be made available because assessment on land transactions is one of the major mandates of the office.

“Presently, no one has the data on the exact number of houses or hectares of land available in the country; which are necessary information for proper planning of the economy.

According to him, estate valuers are land economists, who are professionally trained for proper analyses on land, budgets and other related matters.

He lamented that many lands in the country were ‘dead property’, while there were professional estate valuers and surveyors who could add value to such lands.

“With the establishment of the Office of the Valuer-General, the issue of false declaration of assets, dead property, boundary dispute and boundary overlap will properly be addressed.

“Every landed property in the country has an economic value, which can be developed through the help of the estate valuers’’, he said.

The Ex-NIESV boss said that it was the duty of the Valuer-General to do proper assessment of lands to ensure that citizens give true declaration of their assets.

Ukpong stressed that estate valuers/surveyors were also professionally learned to interpret figures and issues relating to budgets, in particular, and the economy in general.

He noted that the dwindling economic situation of the country was as a result of the fact that relevant professionals were not always consulted in decision-making or placed in their rightful positions.