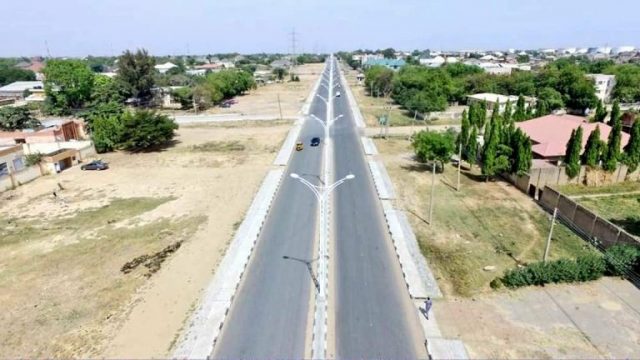 Kano state government has awarded N1.5bn worth of contract for construction of three roads in Nassarawa local government area of the state.

He stated this while addressing a crowd that received him during his visit to the sites. He said that the roads would entail street lights and crash barriers, Dailytrust reports.

In his remarks, “Our commitment towards ensuring socio-economic development informed our decision to invest in the provision of the capital intensive project.”

He assured that efforts would be geared towards completing the projects on time to minimize inconveniences associated with executing developmental initiatives in highly populated areas.

The governor, however, enjoined residents of the benefiting communities to cooperate with the contractors in order to avoid hazards and to ensure seedy completion.

On Holborn new market, Gov. Ganduje promised that roads would be constructed within it while street lights would be installed to facilitate its take off.