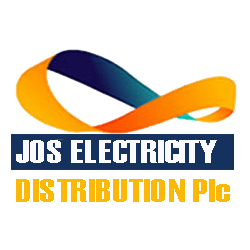 Mishra made the disclosure on Monday in Jos when he led other management staff of the company on a courtesy call on Gov. Simon Lalong.

”We have identified certain feeders where we have problems; we have been gathering data regarding certain details of transformers where we have certain issues and we already have a team in place that has already started working on it.

”We are very hopeful that very soon we will be able to resolve all these issues and every feeder will be getting nothing less than 15 hours of power supply.

“We also have a plan of investing nothing less than N50 million every month in ensuring that the situation improves,’’ he explained.

The CEO however, said that the biggest challenge facing the company was poor or nonpayment of bills by government and non government sectors.

He said what the company got from its customers was a far cry from what it needed or was expected to get in order to better serve the customers.

According to him, such was putting a lot of pressure on them in meeting the needs of customers whom they are committed to serving.

”Even the Plateau government is having an outstanding N830 million. So you can imagine, if we get even half of this money, I can assure you that power supply will improve drastically.

“We are not getting money anywhere because even the banks are not giving us loans.

“We have been reaching out to government and private sectors to recover the debts and we are trying to educate our customers on the need to pay their debts while we keep working on power improvement.

“All these issues, the customer satisfaction, the collections, billing, metering are inter-related but we are improving on all fronts and we embarking on high level customer enlightenment and customer engagement because there are a lot of misgivings that Jos is not doing this, Jos is not doing that.

Gov. Lalong assured the company of the state government continuous partnership in ensuring that people of the state were better served.

He described power as a necessary commodity that no society could develop without it.

“ I want to assure you that where we had issues there will be improvement on those issues because power is key to. development of not just a state but the nation.

“We are also doing our best to extend our transmission so that everywhere in Plateau, there will be power supply, because as it is now power is restricted to only a particular zone.

“Before my administration ends, I pray that there will be power in all the zones, not just power but industrial power,’’ he stated.