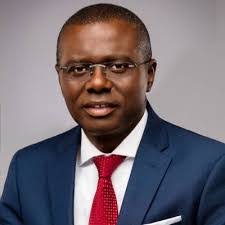 The Lagos State Government on Thursday expressed its readiness to partner with the private sector in the development of roads and other critical infrastructure to fast-track the state’s economic growth.

She said in a statement that road infrastructure was an important part of the development agenda of the present administration.

The governor’s aide advised the company to partner with the state government in the ongoing roads construction and rehabilitation works across the state to ease gridlock.

“Road is a major factor in development, because it is a major weapon that drives the economy; there are many areas of opportunities for partnership with this administration.

“However, because road infrastructure is crucial to development, I urge you to look into our various road projects and tell us your areas of interest for Private Public Partnership (PPP).

“The present administration of Gov. Babajide Sanwo-Olu is open to business, and we will welcome any investor that shares our vision for a greater Lagos,” Adeyoye said.

According to her, creating access to rural and riverine communities by providing motorable roads and other infrastructure that can better lives of the residents of those communities is of paramount interest to us.

“We are very eager, as a government, to create access to our rural communities and provide infrastructure along the coastal areas. It is our responsibility to develop our waterways.

“We want to provide good schools in our riverine communities.

“Since government alone cannot do it, because of funds paucity, we are open to partnership that will help us meet the needs of people who gave us the opportunity to serve them,’’ Adeyoye said.

She reiterated the state government’s commitment to completion of various ongoing road projects and promised that massive construction works would resume as soon as the rain subsides.

Earlier, Jimoh expressed his organisation’s willingness to partner with the state government for efficient management of public infrastructure.

He enumerated his company’s areas of partnership interests to include: Public Asset Management, Tourism, Works and Health.