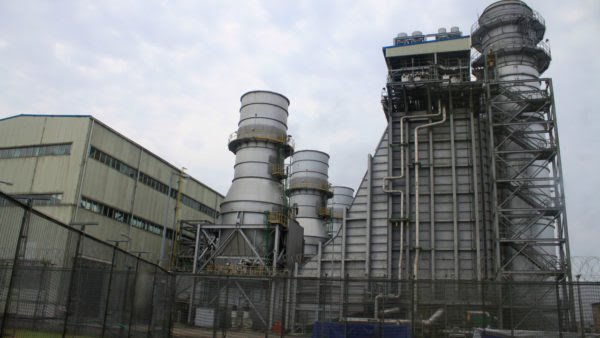 Obademi made the call on Friday in Afam, Rivers, during a facility inspection of the power plant by officers of the Federal Ministry of Power, Works and Housing.

“Afam power Plc should be funded by the federal government of Nigeria since the company is yet to be fully privatised,it should be included in the budget of the ministry of power,’’

According to him, the company currently has only two functional turbines Gas Turbins (GT) 17 and 18 with a total output of 110megawatts from the Afam four power plant.

“GT 17 and 18 with a total capacity of 110 megawatts are back to grid for commercial operation on Sept 2017, having been out of generation since January 6, 2015 due to a burnt evacuation transformer.’’

Obedemi added that “If GT 17 and 18 are working optimally and the grid managers allow us for at least one month to generate fully, I am very quite sure what we will generate cannot be less than N800 million.”

He said liquidity problem was a major challenge to the company, noting that the little amount earned from energy generated was not fully paid for by the Nigerian Bulk Electricity Trading Plc(NBET).

“I want to reiterate that the fund challenge faced by the company is so enormous, as a result of the delay in concluding the privatisation exercise and emerging market rules.

“Because of the privatisation exercise, there is no budgetary allocation to the company since 2012.

“The company was surviving through internally generated revenue from energy generated in January 2015.

“But when the evacuation transformer that serves GTs 17 and 18 that evacuates power from the two available units got burnt, that left the company with no source of income.

“Since, there was no generation from Afam, no budget from the ministry and no other source of income, staff salaries with a total of 220 staff inherited from the defunct PHCN were accumulated,” he said.

He, however, said the outstanding 20 months salary and allowances had been paid till date.

He listed other challenges affecting the company to include non-availability of spare parts due to their expensive nature, zero funding for critical projects and challenge of gas supply,vandalism among other issues.

Responding, Mrs Emontonghan Osaisai, Director, Investment and Sector Development in the ministry said everybody was all aware that funding was a general issue.

She, however, said presently that the matter was seriously being attended to by the government.

She debunked the claim that Afam Power Plant was not captured in the budget, saying that some parts of the ministries’ budget was rolled over .

“ It is not that it is not included in the budget.

“It is just that there are some aspects of the budget that are rolled over because of dearth of funding, which we are all aware, it is still captured and it will be dealt with,” she said.

On Afam Fast Power Plant that is 95 per cent completed, she said the project would not be abandoned because Nigerians needed it to increase power generation and distribution.

“We need it , because you know that the present administration’s mandate on assumption of office is to ensure provision of incremental power .

“Then to uninterrupted and then steady power and I don’t think we have deviated from that mandate,” she added.