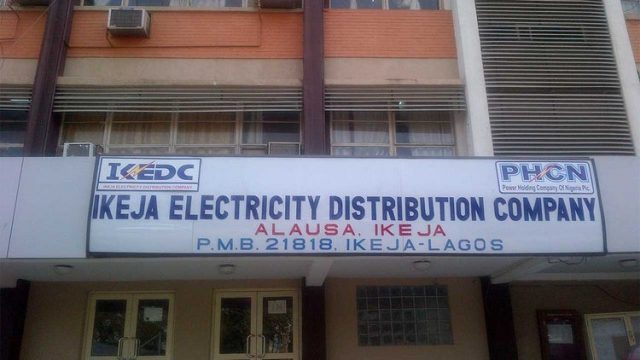 The Taiwo, Wahabi, Larinde Community Development Association (CDA) in Oshodi area of Lagos State has decried the overestimated bills that Ikeja Electric (IE) has been serving them.

They tasked the distribution company to supply the community with prepaid meters to avoid the consistent overestimated bills being charged the area.

The Vice-Chairman of the association, Chief Ololade Agoro, told newsmen on Wednesday that the community had been experiencing the crazy bills syndrome for the past 14 months.

“Occupants of a two-bedroom apartments used to pay N20,000 per month but that has suddenly jumped up to N30,000 without any reason for the increment.

“For Ikeja Electric to bill an apartment about N100, 000 within three months is outrageous,’’ he said.

According to him, the community is responsible for the expenses and maintenance of the transformer installed within the community whenever it is faulty.

Agoro said that the area was not enjoying adequate power supply adding that the `crazy’ bills charged by the company were not justifiable.

Also, Mr Kayode Lemo, the Secretary of the association charged IE to expedite actions regarding the supply of prepaid meters to the community to curb the continued overestimated bills issued to its residents.

Lemo also charged the distribution company to do a downward review of all overestimated bills before it would issue prepaid meters to the members of the CDA.

“The residents cannot pay for what they did not use; and to avoid that, IE should do a downward review of the past overestimated bills.

“It should also regularise all charges before new meters are supplied to the community.’’

The secretary said that at a meeting the community held with IE officials, the community underscored the need for IE to reduce the billings to cover between December 2018 and January 2019.

“This will allow residents to pay off the arrears easily occasioned by previous `crazy’ bills from July to November 2018.

“ We agreed to start a joint reading and capturing of energies consumed by every household. That will be done by one or two members of the community’s executive and the IE officials.

“But the readings to ascertain the energies consumed by our community members from the transformer were only carried out only in January 2019 by the IE officials alone,’’ he said.

According to him, the community is demanding that IE needs to treat a peculiar community like ours, that bought its transformer, aluminum cables, concrete poles, armoured cables with respect.

The distribution company should not be serving us `crazy’ bills, Lemo said.

When contacted, Mr Felix Ofulue, the Public Relations Officer (PRO) of IE, said that the reason why the bills were increased was as a result of increase in power supply to the area.

Ofulue told said that because of the development, IE had to jack up the charges to be paid by each household in the community.

The PRO added that the collection of prepaid meters now had been made easy by the government through the online Initiative Meter Access Provider.

He said that any customer could register online for his or her prepaid meter as the case may be and would get it easily when he or she followed due process.