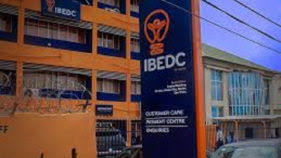 The Ibadan Electricity Company (IBEDC) has ordered for equipment required for the rehabilitation of the Oke-Omiru Injection Substation in Ilesha, Osun.

In a statement on Monday, the Mr John Ayodele, Chief Operating Officer of IBEDC, said that the company’s administrative and technical team would visit the substation to begin clean-up and system replacement, among others.

On April 6, the Chief Executive Officer of IBEDC, Mr John Donnachie, said that power could not be restored as hundreds of millions of naira would be required to rehabilitate infrastructure.

The chief executive officer said that it was due to extensive damage to its distribution network infrastructure, specifically the Oke-Omiru injection substation and the accompanying district facilities.

Donnachie said: “This is the unfortunate aftermath of the crisis and mayhem unleashed in Ilesha around April when a group of hoodlums armed with dangerous weapons such as guns, machetes, from Bolorunduro and Olomilagbala communities under Isare Service Centre, swooped on our office infrastructure.

Donnachie told the media that this was the reason supply to the affected communities could not be achieved easily.

The chief operating officer said in the statement on Monday: “We have ordered the equipment required to rehabilitate the Oke-Omiru Injection substation that was damaged during the massive destruction and carnage that occurred at Ilesha.

“The administrative and technical team will arrive Ilesha next week to begin initial rehabilitation and renovation works such as the clean-up of the damaged offices.

“Furniture, systems will be replaced and other critical infrastructure necessary for staff and service to resume, as all the offices that serviced Ilesha were destroyed during the protest.

“On the technical end, while we await delivery of the equipment needed to rehabilitate the Oke-Omiru Injection Substation, we will explore restoring power temporarily to some parts of Ilesha through one of the neighbouring substations.

“We have ascertained that some substations are in good condition, namely Imo or Ilerin Injection Substations.”

Ayodele said that power would be restored in phases as its technical team would progress with palliative works.

He described as false a speculation that IBEDC deliberately refused to restore power to Ilesha.

He said that the leadership of the Ilesha people had been interfacing with IBEDC and were aware efforts of the company to restore power.

The chief operating officer said: “That is why we always counsel and appeal to communities never to resort to violence, vandalism and destruction of power installations during protests.

“Because the sad occurrence at Ilesha resulted in destruction of infrastructure worth over N200 million.

“Of course, with the already limited financial resources and other considerations, it will never be easy to restore power when an unfortunate incident like this occurs, as funding availability to all Discos are very limited.”

He appealed to customers in Ilesha to reciprocate the IBEDC gesture by paying their electricity bills as and when due.