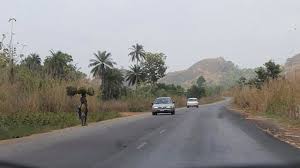 The House of Representatives has urged the Federal Ministry of Works and Housing to commence dualisation of the Ore-Ondo road, given that it has been earmarked for that purpose.

At the plenary on Tuesday, the House made the call based on a motion moved by a member, Abiola Makinde, which was unanimously adopted.

Makinde noted that the Ore-Ondo City federal road is connected to over five federal constituencies and many other towns in Ondo, Edo and Osun states.

He also noted that the road had been earmarked for dualisation by the Federal Ministry of Works and Housing some years ago.

The lawmaker added that the road was a major route for conveying agricultural produce to Ondo from adjoining states while it was strategic for ease of movement of motorists and cargoes from the North to the South-West.

According to him, despite being earmarked by the Ministry of Works and Housing long ago, a contract for dualisation of the road is yet to be awarded.

Makinde said, “The House is concerned that the deplorable state of the busy road, which has been neglected for years, has been worsened by the influx of heavy-duty trucks conveying goods from the northern part of the country to the south-western part.

“The House is also concerned that the devastating condition of the road has adversely affected the means of livelihood of people living in the six surrounding Local Government Areas.

“The House is worried that due to the deplorable state of the road, it has become a haven for kidnappers and armed robbers who continue to take advantage to attack commuters and terrorise unsuspecting citizens as security agents are unable to respond promptly and come to their rescue.

“The House is also worried that the poor condition of the road has turned the highway into a death trap, as travellers meet their untimely death through accidents, especially along the Ore-Ondo axis of the highway.”

The lawmaker decried that the recurring fatal accidents on the road was mostly as a result of its narrowness and, therefore, requires dualisation, considering that it is a busy and major link to many states of the federation.