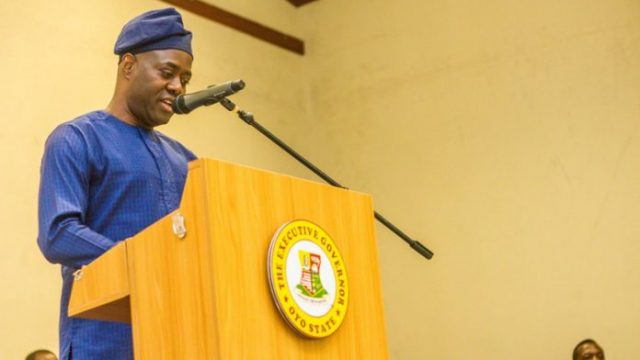 Governor. Seyi Makinde of Oyo State has disclosed the plan of his government to partner Federal Mortgage Bank of Nigeria(FMBN) in the provision of affordable housing for workers.

Makinde made this known on Tuesday in Ibadan when a team from FMBN paid a courtesy visit to his office in Ibadan.

According to him, having affordable houses is one the improvements the government desires for the state’s workers.

The governor reiterated the commitment of his administration to worker’s welfare, saying provision of affordable housing would definitely enhance workers’ living standards.

He stressed that his government was committed to its laudable projects such as the Free Trade Zone, Ibadan Dry Port and upgrading of Ibadan Airport.

”All these developments that are to improve the economy of the state will justify opportunity for building of housing estates.

”In view of the importance of FMBN, Oyo government is ready to partner and a government delegation will soon engage with the management of the FMBN.

”We will investigate why Oyo state stopped its contributions into the programme and if there are challenges we will engage the bank to resolve it,” Makinde said.

Earlier, the leader of the team, Mr Kabir Yagboyaju, said the purpose of the visit was to intimate the governor about the programmes of FMBN and to congratulate him over his victory at the poll.

Yagboyaju noted that Oyo state was not contributing into the National Housing Fund scheme, urging the state to take a leading role in contributing to the scheme.

He said that the value of participation of the state in the NHF scheme could not be over-emphasised and requested the governor to approve the immediate deductions of the state and local government workers for contribution to the scheme.

”The FMBN is the foremost mortgage institution that is responsible for driving home ownership among Nigerian workers, particularly in the low and medium sector,” he stated.

He further made a request for a parcel of land that would be used to build FMBN building in the state capital.