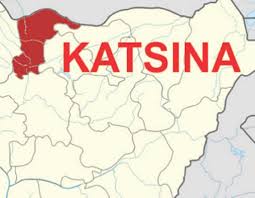 The Managing Director of the Federal Mortgage Bank of Nigeria (FMBN) says at least, five thousand workers in Katsina state have benefited from the N6 Billion house renovation loan scheme of the FMBN.

He also said that the loans were part of the 2.5 per cent basic salary contribution from state civil servants.

Dangiwa also said that out of the 5,000 beneficiaries, 3,000 have judiciously utilised the funds to build and refurbish their houses, while few others used theirs in attending to family issues.

He expressed thanks to the Katsina State Government for enrolling workers into the Scheme, which he said has assisted them in benefitting from the loan and several other housing projects spread across the three senatorial zones in the state, adding that the FMBN in collaboration with the state government has also built 1,358 houses for workers in the Housing Scheme Project.

The FMBN boss further expressed that different size of land were provided by the state government for the construction of the houses.

“In Katsina Zone, the FMBN partnered Nigeria Labour Congress (NLC) in the state, has built about 320 houses. Nigeria Medical Association (NMA) also benefited from the cooperative development loans of about 80 houses built. The state government provided all the land”, he confirmed.