Home Housing Housing for all: FG to begin pilot scheme with universities – Osinbajo 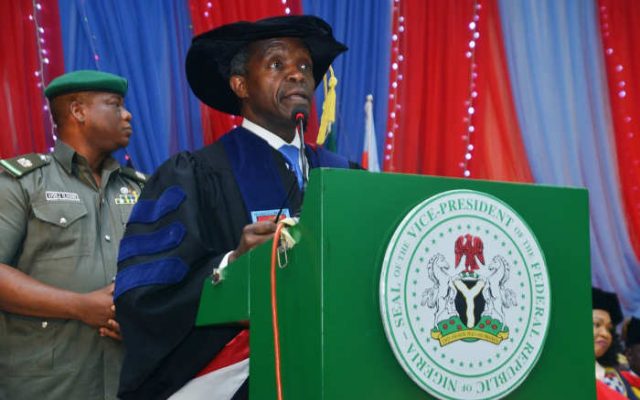 A new policy has been mapped out to tackle the perennial problem with the pilot programme starting across the 36 states of the country in Federal Universities.

According to Vice President, Yemi Osinbajo the government is committed to solving the problem affecting the low income earners of the country.

On starting with tertiary institutions, he said that “a poorly or barely housed student is one that surely would be exposed to lacking concentration and focus on his/her studies. It is therefore my fervent hope that the ‘Build for Nigeria initiative’ becomes a success.”

The Vice President, who received the policy brief/ action plan, said the task of bridging the housing deficit was a collective one, adding that all hands must be on deck to address all issues concern.

Starting with the Universities will prove that this government intends to solve the problem according to Michael Faborode, General Secretary, Committee of Vice-Chancellors of Nigerian Universities.

Faborode adds that living conditions in Nigerian schools, have reached a worrisome level.

Faborode said the Committee had decided to form a coalition with stakeholders with the promise to harness all the views to address the challenges.

“No Nigerian, however, poor deserve to live under the bridge or in shanties.”