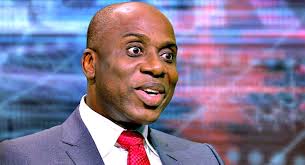 The Minister for Transportation, Rotimi Amaechi has revealed that the ministry will be sending 300 Nigerians to Portugal this year to study Railway Engineering.

Acccording to him, the knowledge is for the construction of the Kano-Maradi rail line, which is purely European

He also said that the plan to construct Transportation University in Daura, Katsina State is in the offing.

He made this disclosure via his official twitter handle on Monday

“He said: In 2019, we sent 300 Nigerians to China for training in Railway Engineering. This year, we’ll be sending another 300 to Portugal to study the technology in the building of the Kano-Maradi rail line, which is purely European.

“We already have a Transportation University being built in Daura. So we have decided that the Portugese Company in charge of Kano-Maradi rail line, Mota Engil will build a Multi-disciplinary University in Rivers State as a major component of their Corporate Social Responsibility,” he said.