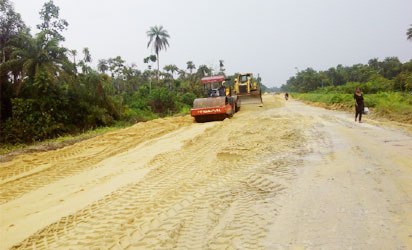 Mr Babatunde Fashola, Minister of Power, Works and Housing, on Friday said Bodo-Bonny road would be completed as scheduled.

He said the project was one of the critical projects in the country that needed to be completed due to its economic importance.

The 35.68km project is being handled by Julius Berger at the cost of N120.6 billion.

The News Agency of Nigeria (NAN) reports that the company has put in 60 per cent of the work.

The Minister said the Federal Government would fund the project to ensure it’s speedy completion.

Attah said that the executive order of 007, signed recently by President Muhammadu Buhari, had encouraged the company to contribute financially to the project.

He, however, said that the company would ensure completion of the project as scheduled despite some logistic challenges.

Mr Charles Okoma, Director in the ministry, said that insecurity and misunderstanding between the community and the company handling had affected the speed of the project.

Okoma called for peaceful environment to enable companies handling the project to complete it as scheduled.

“The federal government has taken measures to ensure adequate funding of the project for its completion within time frame,’’ he said