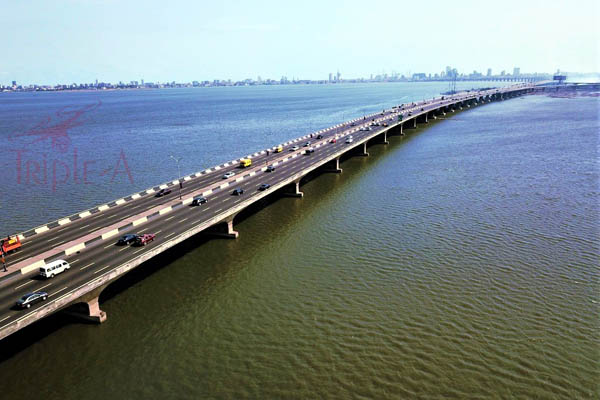 The Federal Government has disclosed that consultations were on for another phase of repair works to begin on the Third Mainland Bridge.

Controller of Works in Lagos, Mr Olukayode Popoola, revealed this to newsman on Monday

Popoola said that the consultations were towards evolving perfect traffic management architecture.

“We want to do maintenance work on Third Mainland Bridge very soon. Most likely on the 24th. We may close it from 24th of July.

“We are still working out the modalities and when we perfect the traffic management plan we will move to site.

“Everything being expected for the repairs of the bridge arrived the country that is why we want to start the repairs now,’’ he said.

The bridge which has gone through series of rehabilitation works was last shut in August 2018 for a three days investigative maintenance check.

Thereafter, some components needed for completion of repairs were sourced abroad because they were not available locally.

The 11.8km Third Mainland Bridge is the longest of three bridges connecting Lagos Island to the mainland.

The bridge starts from Oworonshoki which is linked to the Apapa-Oshodi Expressway and the Lagos-Ibadan Expressway and ends at the Adeniji Adele Interchange on Lagos Island.

It was constructed in 1990 and was the longest in Africa until 1996 when The 6th October Bridge in Cairo was completed.