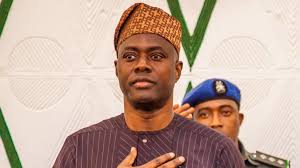 The Federal Government on Monday alleged that the Oyo State Government was granting approvals for the construction of buildings and mining activities on federal roads in the state.

It said this had created a huge problem and slowed down the construction work being embarked upon by the Federal Government on the Ibadan-Ilorin Road, Section III (Oyo-Ogbomosho) project.

The Director, Highways Construction and Rehabilitation, Federal Ministry of Works and Housing, Funso Adebiyi, said the encroachment on the right-of-way of the federal project and illegal mining activities along the new alignments had impeded the construction and dualisation of the road.

He was quoted in a statement issued in Abuja by the spokesperson of the FMWH, Boade Akinola, as saying, “We discovered that the state government was given approval to build and mine along the same alignment of the road.

“And this has created a huge problem for the progress of work because the earth materials we would have used have been mined away. It is not good and must be stopped.”

Adebiyi, who disclosed this during the inspection of the 56km greenfield road project, stated that the project was initially awarded in 2010 to Messrs RCC Nigeria Limited.

He said the road was later reviewed after augmentation in November 2020 with a completion date of November 2023.

He said the quality of work being done on the road was satisfactory but stressed that the illegal mining and building activities on the project site were undermining the progress of work on the road.