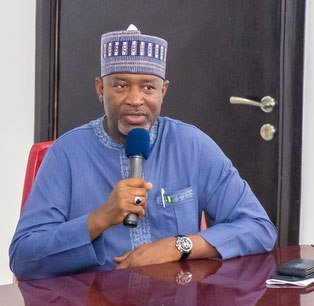 The Federal Government has announced its plan to build an agro allied cargo terminal at Benin Airport to boost economic activities in the state.

The Minister of State for Aviation, Sen. Hadi Sirika, disclosed this when he, alongside Governor Godwin Obaseki of Edo, inaugurated the newly installed Category 2 (CAT3) Instrument Landing System at the airport at the weekend.

Sirika said that the terminal was part of the government’s plan to promote economic growth through agriculture.

He said that the government was committed to developing transport and airport infrastructure in Benin, adding that the commitment of the state government had encouraged the federal government do more.

According to him, the upgrade of ILS to category two is to allow all aircraft to land at the airport at night and in poor visibility.

“We will continue to do more for Benin and beside this, we will site the agro allied cargo terminal for Benin and we will soon commence the civil work.

“And your excellency, the governor has promised that he will participate in putting the civil structures for us to build that facility here to begin to export out of Benin.

“We have been exporting before out of Benin, especially the culture, they have been stealing the artifacts but with this, we will be producing things and be exporting out of Benin.

“From now on you have the ILS, that which can allow pilots in reduced visibility, in bad weather, to be able to approach and land just like they do in London.

“And now we will land in Benin and also that the Federal Ministry of Transportation (aviation) through our viable agency, the Nigerian Meteorological Agency, had donated and constructed a meteorological station for University of Benin,” he said.

On his part, Governor Obaseki said that the benefit of having up-to-date equipment at the airport was enormous for the state.

He commended the federal government and the aviation agencies for their commitment to transforming Edo into an air transportation hub in the country.

“Today, history is being made in so many perspectives in the sense that one, we are not just unveiling the key technologies for our airport, but we are celebrating a very unique privilege and honour for a state like Edo State to collaborate very closely with federal government agency.

“The Benin city airport which was built over 60 years ago, making it one of the oldest airport on this country.

“The airport was built in 1956, it is today being upgraded to be in the rank as an airport that could match any airport in the world by equipping it with a modern facility that any airport should have.

“We also want to use this opportunity to thank our minister for the NiMet upgrade of its facility and the equipment it donated to us in Edo State.

“That donation is one the most significant anywhere in the world because it helps you predict weather very accurately.